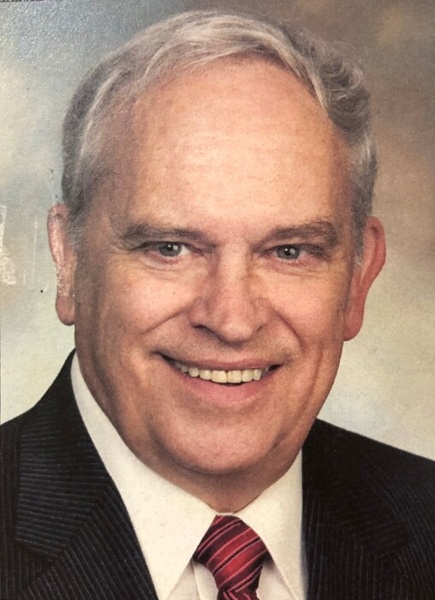 Visitation will be held from 5:00 PM to 7:00 PM Friday, September 24th at Weigel Funeral Home in Mandan followed by a 7:00 PM Prayer Service.  Those attending are asked to wear facial coverings out of respect to some immunocompromised family members.

A Funeral Mass will be held 10:30 AM Saturday, September 25th at the Cathedral of the Holy Spirit in Bismarck.  Burial will follow in St. Mary's Cemetery.

A livestream of the service will be offered at www.cathedralparish.com.

Bill was born August 17, 1940 in Valley City, ND to William Ridgely and Jean Murray Pearce.  He grew up in Bismarck with his parents, older brother Murray, younger brother Harry, and cats.  Bill was proud to have been his brother Harry’s stem cell donor when he had leukemia.  In 1947, Bill moved into the home where he spent the rest of his life.  Bill had many fond memories as a child, and later in adulthood, living in the home that his father fixed up.  Bill had a lifelong love of learning, reading, and classical music.  At age 12, he bought his first classical music record, and his collection of music continued to grow.  In addition to listening to classical music and opera, Bill loved to play the piano and bass.  After graduating from Bismarck High, Bill attended Purdue University in Indiana for two years.  Transferring to Northwestern in Evanston, Illinois, he graduated with a B.A., an M.S., and a Ph.D. in astrophysics.  After a year of post-doctoral studies at Princeton, Bill decided to return to Northwestern and pursued his law degree.  During his years in school, Bill also loved studying languages.  He was fluent in French and German and read his favorite book Lord of the Rings in both languages.

For many years, Bill practiced law in Bismarck at Pearce and Durick, where his father and two brothers also worked at one time.  Later, he practiced oil and gas law with Fredrikson and Byron.  Bill retired in January 2021 and was recognized by the State Bar for a 50-year career in law.  He was also an adjunct professor for astronomy and meteorology at Bismarck State College for many years, as well as the University of North Dakota Law School in oil and gas law.  He authored numerous law review articles for both UND and Texas A&M.  Bill also valued his involvement in the Bismarck community.  He was treasurer for the Veterans’ Memorial Library foundation, an organization which he and his brother established in 1975.  He was the first recipient of the Pearce Award, which recognizes people who have made significant contributions to the library.  Bill played bass with the Bismarck Symphony, as well as writing program notes for concerts.  For several years, he served on the Symphony board, first as president and then as treasurer.

Bill was introduced to his future wife by his longtime friend John Alfred Zuger.  On May 27, 1980, he married Ann Irene Zuger.  Daughters Dr. Elizabeth “Libby” Pearce and Dr. Jean Irene Pearce were born in 1981 and 1982, respectively.  Some of his fondest memories with his family were in annual summer vacations, throughout the US and later to Europe.  Bill always loved traveling, and went on several European vacations before his marriage.  On June 18, 2021, Bill became a proud grand-father to Hazel Liana Larson, daughter of Jean and Blaise Larson.  In August, Bill was so excited to meet Hazel and be together with his family: Ann, Libby, Jean, and son-in-law Blaise.  Some of Bill’s other passions included clocks, biking, walking, and going to the Dakota Zoo. Bill was an animal lover, having many cats throughout his life.  During his retirement, he would frequently go to the Dakota Zoo to look at all the animals with his wife and their friend Linda Jordre.

Bill was preceded in death by his brother Murray Pearce; and many beloved family cats.

Memorials can be given to the Dakota Zoo, the Veteran’s Memorial Library, the Bismarck Symphony, or the Cathedral of the Holy Spirit.  The family requests that those attending the visitation or the funeral wear masks, out of respect for Bill and for family members who are immunocompromised.

To order memorial trees or send flowers to the family in memory of William "Bill" Pearce, please visit our flower store.