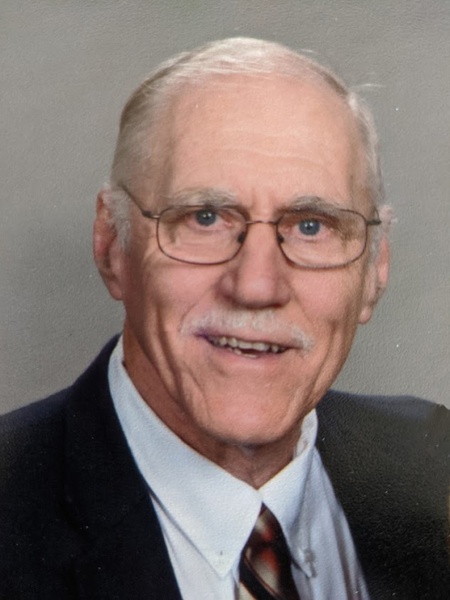 William (Bill) Maurice Schuh, passed away on Friday, April 17, 2020 at his home surrounded by his loving family. Due to the COVID 19 epidemic, a private family Mass of Christian Burial will be held at Christ the King Catholic Church on Thursday, April 23, 2020 with internment to follow at Mandan Union Cemetery. The Mass will be Live Streamed on Thursday at 10:30 from William’s obituary at www.weigelfuneral.com.

Bill was born on January 17, 1948 to wonderful parents, Maurice Francis Schuh and Cecilia Mary Schad, in Rochester, MN.  He was raised in the Winona, MN area and graduated from Winona Cotter High School in 1966. He then attended St. Mary’s College in Winona and the University of Minnesota until 1971, from which he graduated with a degree in English.  He returned to the University of Minnesota to graduate with a Masters in soil science in 1982. From the fall of 1981 to 1984, he managed an agricultural consulting cooperative, Centrol of Greenville in eastern Wisconsin.

In January of 1982, he married the love of his life, Chiu Chiung Chen (Chen). Their first child, Mary Cecilia, was born on December 17, 1982; their second child, John (Jack) Maurice, was born on December 23, 1984; and their third child, Anne Marie, was born on November 25, 1986.  In 1984 he accepted a position with the North Dakota State Water Commission and the family moved to Mandan, ND. Bill worked there for 34 years before retiring in 2018. He loved his career and working with an extraordinary group of colleagues.

A devout Catholic, he attended Christ the King Parish and was involved in the John Fischer Knights of Columbus Council.  He served on the Mandan School Board and board of directors of Housing Industry Training (HIT). He cared deeply about issues of parental rights, the education of children, and the sanctity of human life.  In his early years, he enjoyed fishing and hunting, and throughout his life, he enjoyed reading, canoeing and hiking.

He is survived by his wife, Chen; his son, Jack and his spouse, Mary; three grandchildren, Naomi, Casimir, and Mary (Em); his daughter, Anne; his sisters, Anita (Joe) Sabol and Marianne Dussel; his brother, Greg; and an extended family of cousins, nieces and nephews.

He is preceded in death by his beloved daughter, Mary.

To order memorial trees or send flowers to the family in memory of William Schuh, please visit our flower store.