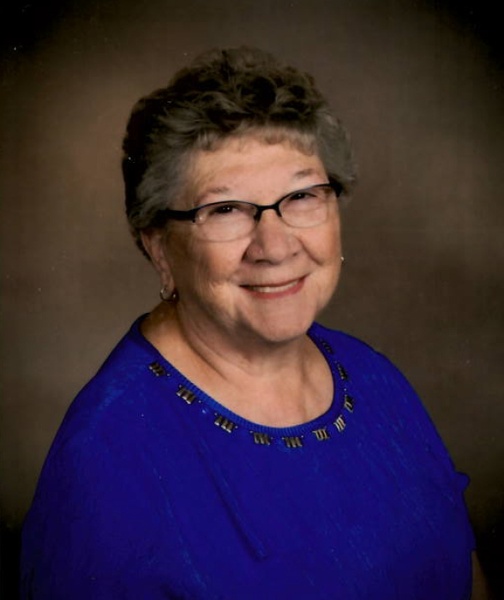 Veronica (Vonnie) Schillo Schlosser, 77, passed away October 13, 2020 at her home in Mandan. A Mass of Christian Burial will be held at 10:30 a.m. on Friday, October 16, 2020, at St. Joseph Catholic Church, Mandan, with the Rev. Todd Kreitinger officiating. A live stream of the service will be available at the Weigel Funeral Home website under Vonnie’s obituary. Burial will immediately follow at the Mandan Union cemetery.

Vonnie's family requests that you please wear a mask and adhere to all CDC social distancing guidelines.

Veronica (Vonnie) Schillo Schlosser was born June 25, 1943, in Glendive, MT, to Anton and Ethel (Blair) Schillo. She was raised on a farm and educated at the Golva School, grades 1-12.  She went on to attend the School of Practical Nursing at St. Joseph Hospital in Dickinson, ND and beginning her 50-year nursing career at St. Alexius Medical Center in Bismarck, ND, until retiring in 2013.

Vonnie met the love of her life, Peter Schlosser, in Bismarck. They entered into marriage on August 1, 1964. Their first home was in Bismarck until they moved to and remained in Mandan. Together they had six children and were members of St. Joseph Catholic Church. Vonnie was a member of St. Joseph Circle, Catholic Daughters and Merry Mrs. Homemakers. She enjoyed gardening, reading, traveling to see her grandchildren, and volunteering for the Medora Foundation in the summers.

In lieu of flowers, memorials are preferred to St. Joseph Catholic Church, American Cancer Society, or a charity of your choice.

To order memorial trees or send flowers to the family in memory of Veronica "Vonnie" Schlosser, please visit our flower store.