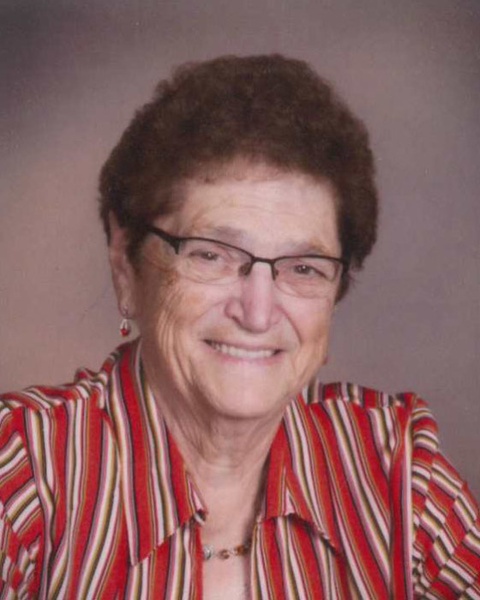 Mass of Christian burial will be held 10:30 am on Tuesday, February 20, 2018, at Church of St. Joseph, Mandan, with Rev. Shane Campbell officiating.  Burial will be at Mandan Union Cemetery.

Visitation will be held Monday, February 19, 2018 from 5:00-8:00 pm at Weigel Funeral Home, Mandan, with a Woman of the Moose Ritual at 6:30 pm, the Catholic Daughter’s Rosary at 7 pm followed by a Parish Vigil.  Visitation will continue at the church one hour prior to the service on Tuesday.

Ronnie was born November 6, 1933 to Gabriel and Magdalena (Lacher) Miller.  She was raised on the family farm until moving to Bismarck to attend St. Mary’s High School.  She married Lawrence Berger on November 7, 1964 at the Cathedral of the Holy Spirit in Bismarck.  Together they raised their family until Lawrence’s passing on January 11, 1983.  Ronnie was a wonderful caretaker to Lawrence during his illness.  Her true spirit shined in the role of mother, teaching her children that all great things are born from faith, love, and family.  Her reward was ten grandchildren that she showered with love and affection.

Ronnie worked as a banquet server at the Ramkota Hotel for 37 years.  She was a member of the Catholic Daughters, Christian Mothers, Women of the Moose, and Eagles Auxiliary.  She enjoyed cooking and baking, especially many German favorites.  She enjoyed spending time with family, a great game of pinochle, accordion music, the MN Twins, coffee with the ladies, and many nights with friends at Fort Lincoln State Park.

To order memorial trees or send flowers to the family in memory of Veronica (Ronnie) Berger, please visit our flower store.

Women of the Moose Ritual