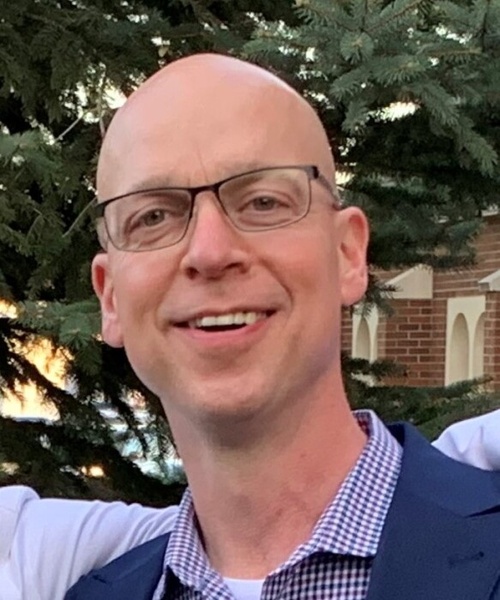 Emily and Cooper said it best after their Dad passed, “He was such a good man.”

A private Mass of Christian burial will be held on Thursday, June 4, 2020 at 10:30am at St. Joseph Catholic Church, Mandan, ND, with the Reverend Shane Campbell officiating.  The mass will also be live streamed on the Weigel Funeral Homes Website: www.weigelfuneral.com. Burial will be at Mandan Union Cemetery.

Tom was born July 2nd, 1969 to Richard and Lorraine (Stumpf) Froelich. The youngest of five, he attended Christ the King through 8th Grade and Mandan High. From an early age, Tom was susceptible to injury, in other words, accident prone! He had many brushes with death and some would say he was a cat with nine lives. His life would seem too short to many, but those who were close to Tom marveled at his courage and positivity in facing his challenges.

From an early age, baseball was Tom’s sports passion starting with being batboy for the Mandan Legion team.  His Little League and Legion Varsity teammates remained some of his closest friends.  Tom went on to finish his baseball career at Bismarck State College and received a degree in Commercial Art. He furthered his education at Mankato State and went on to receive a Bachelor’s Degree in Graphics Communication from Moorhead State.  His working career started with various jobs at the convenience stores owned by the family oil company, Froelich Oil.   He continued his passion for art as graphic artist and national sales manager for Dakota Collectibles.  He eventually went back to join his siblings at Missouri Valley Petroleum where he was the wholesale fuel manager.

Tom and Lisa (Axtmann) went to Mandan High, graduating in 1987, however, didn’t realize they were meant for each other until 1990.  They married in 1994 and were blessed with Emily in 2003 and Cooper in 2004.  Their life quickly revolved around Em and Coop and their love of sports, especially baseball and hockey. Tom and Lisa soon became ‘Hockey Parents’.  Along with being busy with the kids’ activities, Tom was very involved in Mandan Baseball fundraising and serving as a member of the Board of Directors.

In December 2013, Tom collapsed at work, from a virus that attacked his heart.  He spent the next several months fighting for his life, and through a gift from God we were able to keep him with us for over six years.  He was so grateful to everyone who helped his family through this time and there were many, especially their hockey family who wrapped their arms around the family, honoring Tom with the Pucks for People Benefit during his initial stay at Mayo Clinic.  He never took for granted the time he spent with his family and friends.  A kinder and more generous man would be hard to find.

He was preceded in death by his grandparents, Lawrence and Rose Stumpf and Alex and Wanda Froelich; and his Father-in-Law, Ed Axtmann.

Those who knew Tom were aware of his desire to look meticulous and taking his time doing pretty much ‘everything’.  He was a member of a very small club who took an hour and a half to watch 60 Minutes!

In lieu of flowers, you may make a Memorial Contribution to the Mandan Baseball Club.

To order memorial trees or send flowers to the family in memory of Thomas Froelich, please visit our flower store.
Open