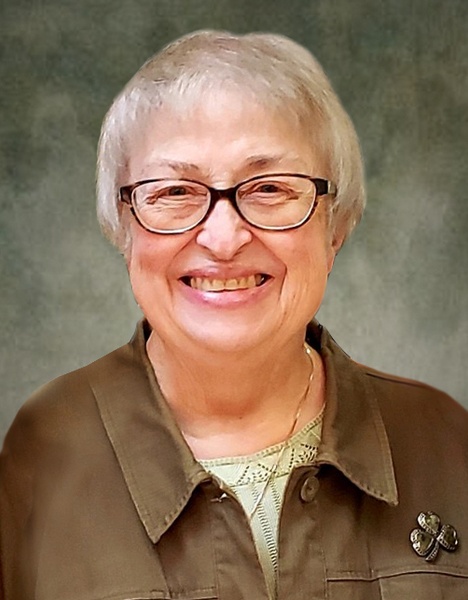 Visitation will be held Wednesday, January 15, 2020 from 5:00-8:00 PM at Cathedral of the Holy Spirit, Bismarck, with a Rosary/Parish Vigil at 7:00 PM. Visitation will continue at the church one hour prior to the service on Thursday.

Theresa Margaret Waltz was born December 29, 1948, across the Canadian border in the small town of Altona, Manitoba. The daughter of Florian and Mary Krause, she was raised and educated in Neche a small town in the far corner of Northeast North Dakota. Theresa graduated from Neche public high school in 1966 and from North Dakota State University in 1970 obtaining a Bachelor of Arts in English and Spanish education.

On December 21st, 1970, Theresa was united in the Catholic sacrament of matrimony to Herb Waltz in Neche, North Dakota at Nereus and Achilleus Roman Catholic Church by Fr. Patrick Duffy. They made their home in Thief River Falls where Theresa taught at Thief River Falls Public School. In 1971, they moved to Fargo, North Dakota where Theresa worked at St. Anthony Catholic School. On August 16th, 1976 they welcomed their first-born son, Justin Patrick Waltz into the world and on November 11, 1979, they welcomed their second born son, Joshua Karol Waltz. Theresa left work at this time that she might stay home to be a mother for her sons. In 1980, Herb and Theresa moved to Bismarck North Dakota. Theresa continued to stay home with her sons until Joshua entered the first grade. In 1986, Theresa went to work for Mandan Public schools teaching Spanish until she retired in 2011 after 33 years of teaching. Theresa enjoyed a long and successful teaching career positively affecting the lives of thousands of her students and being the only teacher to have been nominated by her students for the Crystal Apple award. Theresa also managed her own piano studio, “The Waltzing Keys”, where she taught hundreds of piano students for over 30 years.

Theresa’s life was centered on three primary aspects. First was her faith in Jesus and the practice of this faith in the Roman Catholic Church. She attended daily mass almost every day of her life from second grade on. Her father Florian would take her when she was little and she continued this practice for the rest of her life. She was devout to the sacrament of confession and believed in the Catholic faith with all her heart. It was first and foremost the most important element of her life. In the latter years of her life, she was devoutly committed to the daily Holy hour in front of our Lord in the Blessed Sacrament. She also loved the Divine Mercy and the Rosary. Second was Theresa’s love and dedication for her two sons which in her own words were, “the love of her life”. She raised her sons with tremendous love, loyalty, and affection. She also went to great lengths to bring them up to love Jesus and the Catholic Church. Due to her efforts and the grace of almighty God both of her sons became priests. She will be forever missed and deeply cherished by her two sons, Fr. Justin Waltz and Fr. Josh Waltz and her husband Herb of 49 years. We love you Theresa/mom and we will see you in the Kingdom of God. The third aspect was that of teaching both in schools and her piano studio. She loved to teach, and she loved her students and approached both with great love, dedication, and inspiration.

In lieu of flowers, memorials may be made to the Diocese of Bismarck Office of Vocations; P.O. Box 1137, Bismarck ND, 58502.

To order memorial trees or send flowers to the family in memory of Theresa Waltz, please visit our flower store.