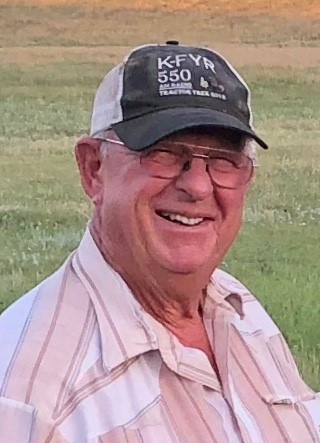 Visitation will be 6-8 p.m. CDT on Tuesday, April 16, 2019 at Peace Church, New Salem, ND and will continue one hour prior to the service on Wednesday. Burial will be held at Peace Cemetery following the service.

Terry was born on November 21, 1944, in Bismarck, the son of Erich and Evelyn (Taylor) Wilkens.  Terry attended a rural one room schoolhouse for elementary school.  As a young boy, Terry worked on the farm and was involved in 4-H.  He attended high school in New Salem, graduating in 1962, and then attended Bismarck Junior College.

On May 2, 1964, Terry married Diane Bobb.  They made their home on the family dairy farm.  Terry milked registered Holsteins, farmed grains, and raised Simmental cattle for a while. Terry worked the farm and dairy alongside his father until 1971 when he took over the dairy operation.  Terry and Diane milked cows until 2001, at which time they sold the dairy herd.  Terry continued to farm and raise beef cattle.  In 2001, his son, Travis and his family moved to the farm.  Terry continued to farm with his son until his death.

Terry received many honors and recognitions over the years, including the West Morton County Soil District Award in 1968 and the Outstanding Young Farmer Award from the New Salem Jaycees in 1976.  Proudly he served on the DHIA Board, ND Milk Producers' Board, New Salem Lions Club, New Salem School Board, and New Salem Elevator Board. Also, he was a member of the ND Holstein Association in which he held various offices, the New Salem Saddle Club and he was a 4-H Leader.  He also enjoyed hunting, playing cards with friends, attending tractor treks and going to gun shows.

Terry’s proudest accomplishments were his farm and his children.  Terry and Diane had four children, Nita, Travis, Lindsey, and Lacey.  He loved his grandchildren dearly and always had a lollipop in his pocket for them.

Terry spent his last day on the farm, feeding cattle, watching a cow give birth from his tractor seat, and working in his shop.  The farm was his happy place!

The family would like to thank the New Salem Volunteer Fire and Rescue for their services provided for the Wilkens Family in recent months.

In honor of Terry, the family kindly asks that everyone wear their favorite pair of jeans if you wish.

To order memorial trees or send flowers to the family in memory of Terry (Terrance) Wilkens, please visit our flower store.
Open