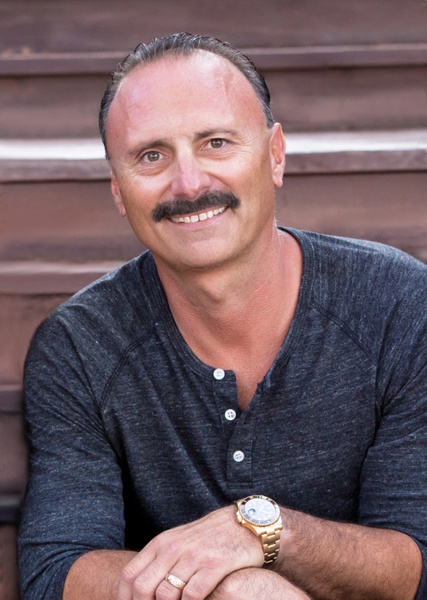 Shannon Gangl, 53, entered eternal peace on March 30, 2022, with his family and Monsignor Schumacher by his side after a four-year battle with Non-Hodgkin’s Lymphoma. Shannon was at peace and was ready to go home to his parents whom he missed greatly.

A Mass of Christian Burial will be held at 10:00 AM on Tuesday, April 5, 2022, at St. Joseph Catholic Church, Mandan, ND with Msgr, Schumacher as celebrant and Rev. Josh Waltz as concelebrant. Burial will be held at Mandan Union Cemetery with a luncheon to follow at the Baymont Inn and Suites (formerly the Seven Seas Hotel and Conference Center).

Visitation will be held from 5:00-7:00 PM Monday, April 4, 2022, at Weigel Funeral Home, Mandan, with a Rosary/Parish Vigil at 7:00 PM. Visitation will continue one hour prior to the services at the church.

Shannon was born February 11, 1969, to Harvey and Shirley (Kuntz) Gangl in Richmond, California. Shortly thereafter, his family moved back to Mandan, North Dakota where he was raised and graduated from Mandan High School. On July 17, 1992, he married his best friend and the love of his life, Stacy Geiger. They shared an amazing life of love and happiness together and had two incredible children, Chelsey and Tyler.  In 2018, he gained a wonderful son-in-law, Michael Helmers. In 2021 Shannon was blessed with a grandson, Emmett Helmers, who quickly became the light of his life.

Shannon had many passions in life; whether that be sports, mentoring, coaching our youth, his profession, or anything that had wheels and was fast, Shannon put everything he had into it. He devoted much of his adult life to his business, Gangl Hospitality. He started off as a teenager washing dishes at The Seven Seas Hotel.  Through hard work and determination, he continued to grow his hospitality management company.  He has owned and managed numerous properties and businesses.

Most of all, Shannon was passionate about his family, friends, and community. He was the most selfless and generous man we had ever known. He believed that the ultimate show of character was to do the right thing, no matter how hard, when no one else was looking. He was a man of Faith; God and family were at the center of his life.  Every action and decision he made was with those two things at the top of his mind. He strived to live by his strong set of values and made sure to instill those values in his family, friends, and the track and field athletes that he coached every chance he got.

Shannon is preceded in death by his parents, Harvey and Shirley Gangl; grandparents, Andrew and Rose Gangl and Adam and Minnie Kuntz.

The Gangl family would like to give a special thank you to his oncologist Dr. Kurniali, ICU nurse Tina, and the entire staff at Sanford Medical Center for their terrific care, treatment, and empathy.

He will be deeply missed by many.

To order memorial trees or send flowers to the family in memory of Shannon Gangl, please visit our flower store.