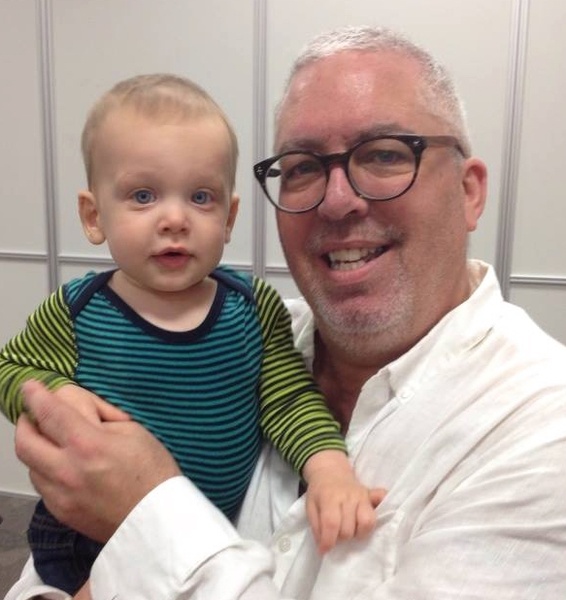 Scott Michael Fern, of Bismarck, dearly loved father, grandpa, brother, and friend, passed away on April 24, 2018, his 59th birthday, at Sanford Health, after a courageous fight against cancer.  A celebration of life will be held at 11:00 a.m. Saturday, May 12, 2018, at Weigel Funeral Home, Mandan.

Scott was born April 24, 1959, to Ronald and Beverly (Berg) Fern, in Minneapolis, Minnesota.  Following his graduation from Cooper High School in New Hope, he went to the University of Minnesota-Crookston, where he majored in business and was quarterback for the football team.  He met his former wife at college, and made Bismarck his home in 1980 after getting married.  Scott worked at a variety of jobs over the years and his current employment was with Sanford Health in the Emergency Department as a Patient Access Rep.

Scott was enthusiastic about playing and watching sports.  His favorite teams were the Minnesota Twins, the Timberwolves, and the Wild.  Scott loved cruising around in his pickup truck, taking road trips, and visiting with family and friends. He had many special friends in his life, and he was thankful for each one. Scott’s ultimate pride and joy was his grandson, Everett, who brought him laughter and love.

Scott’s legacy is in the hearts and souls of those he left behind.  He is survived by his two sons, Joshua Fern and Matthew (Kelsey) Fern; grandson, Everett; his sisters, Cindy Fern and Tami Fern;  nephew, Jayme (Lindsey) Schiller; niece, Stacie Schiller; his brother, Chris (Laura) Fern; niece, Peyton Fern; nephew, Bryce Fern; and grand-nephews, David Palmer and Damien Palmer.

He was preceded in death by his parents, Ronald and Beverly Fern, grandparents, Arvid and Della Fern, and Christian and Ruth Berg.

To order memorial trees or send flowers to the family in memory of Scott Fern, please visit our flower store.