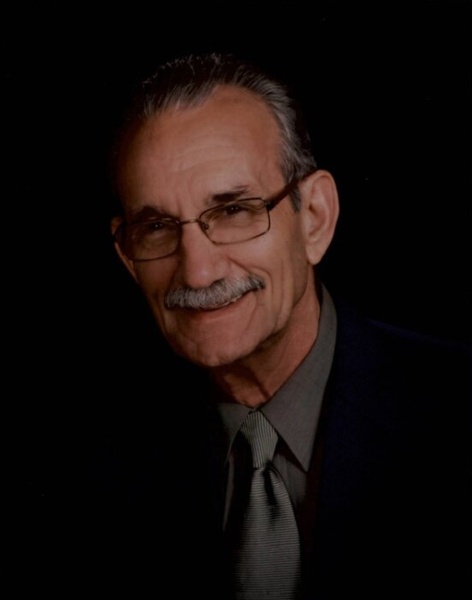 Russell J. Geiss, 79, Mandan, passed away after a courageous battle with cancer on September 24, 2021, at Sanford Hospital surrounded by his loving family.

Russell was born May 5, 1942, in Bremerton, Washington, the son of Joseph and Margaret (Graner) Geiss.  He was raised and educated in Mandan, graduating from Mandan High School in 1960.

He served in the National Guard for 8 years, receiving an honorable discharge in November of 1968 while earning a rank of SP5 E-5 and obtaining a sharpshooter badge.  During this time, he also began a 37-year career with Montana-Dakota Utilities, working at the R.M. Heskett Power Plant, north of Mandan.

Russell met his future bride and love of his life, Sundra Schmidt, in June of 1961 at a wedding dance in Fallon, ND.  Russell and Sundra were married on November 7, 1962 in the St. Anthony Catholic Church.

They settled in Mandan, where they raised three sons in their current home of 57 years.  Russell would often say that he “Went out to the farm, brought Sundra to town, and spoiled her.”

Russell and Sundra attended approximately 30 “Price is Right” shows, where on separate occasions, they each made it up to contestant’s row.  If you are a fan of the show, you probably got to hear Russell bidding on TV, “One dollar Bob.”

They travelled to all 50 states collecting a state spoon from each.  An annual August trip to Oregon and Washington to visit relatives and friends was always a favorite of theirs.  Russell and his bowhunting buddies made an annual trek to the Lake Tschida area which he would have attended this week for the 44th consecutive year.

He was a faithful Seattle Seahawks fan and rarely missed a televised game.

Praying multiple daily Rosaries was very important to Russell.  If he found out that you needed a prayer due to illness or for any other reason, you could bet that you were on his Rosary list immediately.  He was also a very caring and compassionate man, always handing out hugs to those around him.

Russell thoroughly enjoyed social events of all kinds and could be counted on to have his pocket camera handy in order to snap a few pics of the event.  While displaying that great smile of his, you would often hear him state his long-standing motto; “Making a Memory.”

Happy to have been a part of all those great memories are these who survive him, including his dear wife of nearly 59 years Sundra;  sons; Brent (Deb), Darin (Sandy), and Darnel (Cindy);  2 granddaughters, Amanda Thompson (AJ) and Cassie Neuberger (Noah); 4 great-grandchildren, Gavin, Halle, Ace, and Cru Thompson; one sister, Margie Bender; several nieces and nephews; and many other relatives and friends.

He was preceded in death by his parents; father and mother-in-law, John & Margaret Schmidt; brother-in-law Gary Bender, and brother and sister-in-law, Louis and LaDora Schmidt; and many other relatives and friends.

Russell’s family would like to give a sincere thank you to the caring staffs of the Sanford Hospital ER and Oncology Floor and the Bismarck Cancer Center and for all the prayers and support from family and friends during his illness.

A Mass of Christian Burial will be held 10:30 AM Wednesday, Sept. 29th at Christ the King Catholic Church in Mandan with Fr. Nick Schneider as celebrant.

Burial will follow in the Mandan Union Cemetery.  Following the burial, the family invites you for lunch and fellowship at the Mandan Moose Club.

To order memorial trees or send flowers to the family in memory of Russell Geiss, please visit our flower store.