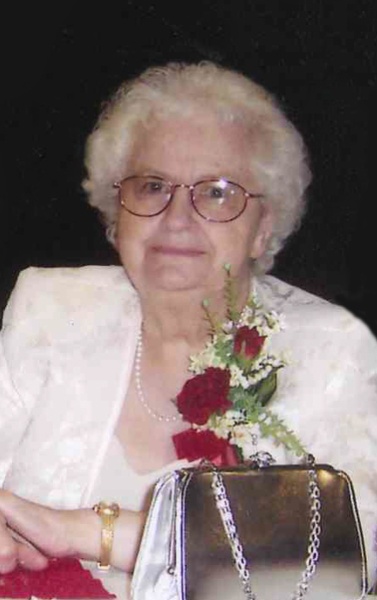 Rose was born on December 3, 1927 to John and Mary (nee Classen) Kokkeler in Haymarsh, ND. She went to school and graduated from New Salem High school in May 1947. Rose met Henry Schlosser and the two were happily married on November 4, 1947 in Crown Butte, ND.

Mass of Christian Burial will be held at 10:30 am on Thursday, September 21, 2017 at Christ the King Catholic Church, Mandan, ND with Rev. Nick Schneider as celebrant. Burial will be at Mandan Union Cemetery.

Visitation will be held Wednesday, September 20, 2017 from 4:00-8:00 pm at Weigel Funeral Home, with a Rosary/Parish Vigil at 7:00 pm. Visitation will continue at the church one hour prior to the service on Thursday.

Among Rose’s many hobbies was sewing quilts for all her children and grandchildren. She was never known to have missed a game of bingo at Touchmark Senior Living. She loved jigsaw puzzles, word puzzles, and was also an avid reader of a variety of literature, but among her favorite was the subject of history. Beyond her hobbies, Rose was also an active member of a Homemakers group for 25 years. Family was central in her life and from above she will be looking forward to the arrival of three more great-grandchildren.

In lieu of flowers please send memorials to your favorite charity or the American Red Cross for Hurricane Relief.

To order memorial trees or send flowers to the family in memory of Rose Schlosser, please visit our flower store.