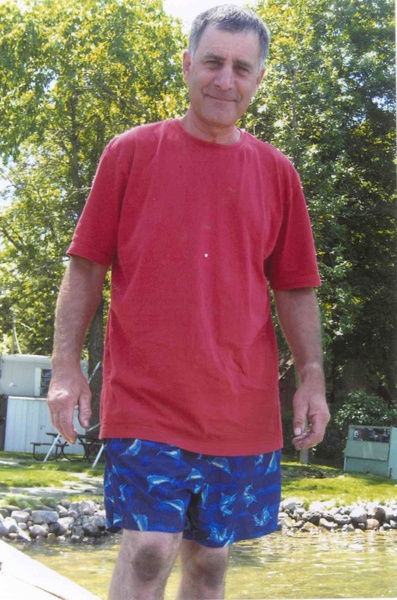 Funeral Service will be held at 1:00 pm Thursday, October 5, 2017 at Weigel Funeral Home, Mandan, ND with Rev. Keith Ritchie as Officiant. Burial will be at Sunset Memorial Gardens, Bismarck, ND.

Visitation will be held one hour before the service on Thursday at the Weigel Funeral Home.

Ronald Wolf was born on November 26, 1955 to Herman and Emmabelle (Moen) Wolf in Bismarck, ND. After graduating from Bismarck High School, Ron worked construction for Clairmont Construction during the summer months. Then, Ron worked for over thirty years as a grade setter for the underground water lines at Cofell’s Plumbing and Excavating. During the winter months, Ron enjoyed wood working and was an avid sports fan, rooting for the Minnesota Vikings and the Wizards Basketball team. Ron spent many hours of enjoyment at the lake cabin in MN. He was also a dart league member when they still used steel tip or “real” darts. As a devoted Christian man, Ron appreciated God’s creation outdoors and enjoyed doing volunteer work for various organizations.

In 2010, Ron suffered a stroke which left him paralyzed on his right side, but this did not deter him from being very active. He was known to ride his three wheeled bike up to ten miles per day.

Ronald was preceded in death by his father, Herman Wolf; and sister, Diane Rieger.

To order memorial trees or send flowers to the family in memory of Ronald Wolf, please visit our flower store.