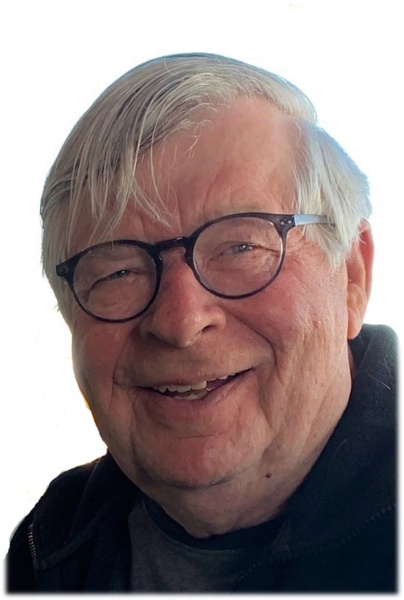 Ron was a dedicated, loyal and loving husband, father, and servant to his nation.  His devotion and protection of his family was unending and he was committed to his bride, children, grandchildren and friends.  His approach to life was shaped largely by his military experience, which took flight in March 1961 when he enlisted in the U.S. Air Force.  Halfway through Ron’s first overseas tour in Madrid, Spain (Torrejon Air Base), he went AWOL (only kidding) returning to the states to marry his bride, Roberta “Bobbi” in April 1964 and then whisked her away for an extended two year honeymoon that marked the beginning of a 56 year journey of life, love, family and travel with many tours of duty in Europe, the United States, and Southeast Asia. While Ron and his family’s adventures were vast, the highlights include time at Fairchild Air Force Base, Spokane, WA where daughters Kimberly and Heather were born, an assignment at the Air Force Academy, Colorado Springs, CO where twin sons Marc and Craig were born, and a memorable ten years at Ramstein Air Base, Ramstein, Germany that left a lasting impression on Ron, Bobbi and the children.

Being a true patriot, Ron endured two wars - Vietnam and Operation Desert Storm/Desert Shield - and he received numerous awards and decorations for his service, including a Bronze Star Medal.  He was humbled by those he led and rarely met a subordinate, only men and women that shared his commitment to their country.  He never saw rank, he saw a person, an individual, a fellow patriot. Ron was astute, unassuming, but diligent making anyone who worked alongside him realize their importance, worth, and integrity.  These same values are what led Ron to serve as a representative of the U.S. Air Force Academy to the young men and women of North Dakota who wished to attend the Academy.  He accepted the honor with the understanding of its importance, tradition, and dedication that all the young women and men that applied needed to have.

Following Ron’s distinguished 32 years of military service retiring at the rank of Chief Master Sergeant, which afforded him the affectionate nickname of “Chief”,  he continued his public service by taking a position as the manager of the Legal Department, North Dakota Workers Compensation Bureau and contributed to the creation and management of the newly founded Office of Independent Review.  Working was Ron’s hobby and he remained in service to the workers of North Dakota until the day he passed.

Other hobbies that consumed Ron’s time included many hours on the golf course and rooting on the Pittsburgh Steelers.  He could regularly be found on the golf course honing his skills and attempting to figure out if he should inhale or exhale during his backswing.  He was more than willing to share his experiences from golf courses around the world, including St. Andrews, Scotland; Torrey Pines, CA; and his local courses at Ramstein Air Base, Germany and Prairie West, Mandan, ND, the latter of which he proudly served on the board for the men's association.  Ron loved to volunteer at PGA golf tournaments around the nation; a highlight was being a part of the staff at the US Open at his true home course, Oakmont, PA.  Always devoted to his hometown, Ron was an avid and dedicated Pittsburgh Steelers fan, never missing a televised game.  He also looked forward to a yearly trek back home to Pittsburgh to enjoy the season opener with his family, which became a family tradition.

Ron is preceded in death by his parents, William and Phyllis.

Ron will be interred at Arlington National Cemetery.

In remembrance of Ron’s commitment to service, his family would like memory of him to continue through donations to the Central Dakota Humane Society in Mandan and Abused Adult Resource Center in Bismarck.

To order memorial trees or send flowers to the family in memory of Ronald Moxon, please visit our flower store.