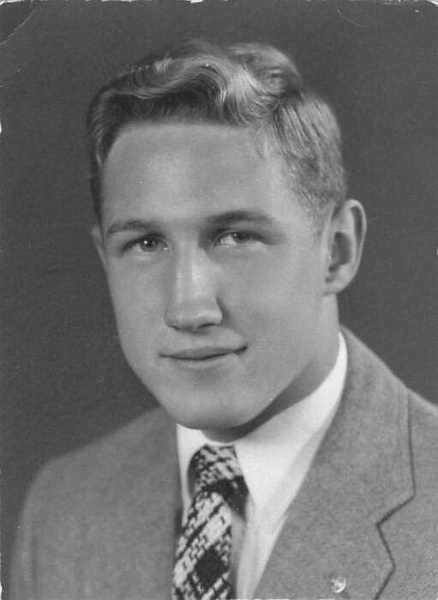 A Mass of Christian Burial will be held at 11:30 AM on Thursday, December 9, 2021 at Spirit of Life Catholic Church, Mandan, ND with Rev. Todd Kreitinger as celebrant. Burial will be at Mandan Union Cemetery.

Visitation will be held Wednesday, December 8, 2021 from 5:00-7:00 PM at Weigel Funeral Home, Mandan. Visitation will continue at the church one hour prior to the service on Thursday.

Ron was educated in Mandan. He graduated from St. Joseph Grade School and Mandan High School. Ron also attended Bismarck Jr. College. During grade school and his high school years he was active in sports and music. Ron was voted Senior Class President.

Ron liked sports and competition. He was a member of a city league basketball team right out of high school that won the championship. He participated in bowling and golf most of his adult life. A highlight was winning the city league doubles bowling championship in 1986. His golf game gave him a lot of exercise. He also participated in pool leagues and Texas Hold’em leagues. His favorite call was “All-In”. During his bowling experience he was voted President of a couple’s league. Ron and Jean played Pinochle cards for over 20 years. He had great memories playing cards with his grandson, Sean. They always enjoyed beating Carla and Jean at Pinochle.

Last, but not least, Ron worked for 52 years. He worked for corporations, private business, state government, and federal government during his lifetime. Ron held management positions and was appointed President of the Star Route Mail Carriers Association, ND, from 2000-2002. It was a family-owned business where Ron worked for 18 years.

Ron served many years on the East Riverwood Condo Association Board as Treasurer. He was also a “Life Member” of the Bis-Man Elks Club. He received a 50-year membership pin in 2016.

Ron was preceded in death by his parents; a daughter, Lynne; stepdaughter, Lisa; son-in-law, Jack McCarthy; and many aunts and uncles.

To order memorial trees or send flowers to the family in memory of Ronald Fleck, please visit our flower store.