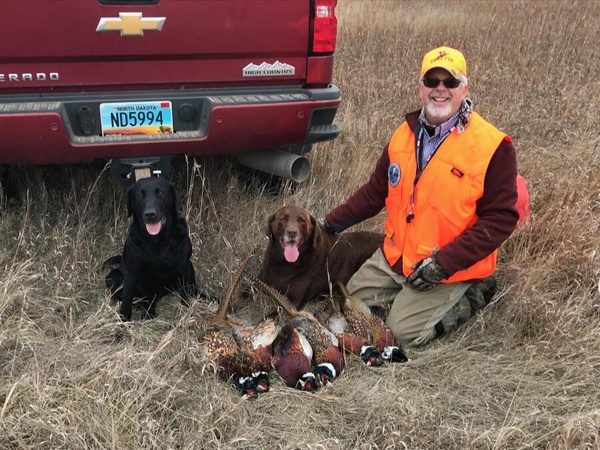 A Funeral Service will be held at 10:00 AM on Saturday, October 16, 2021 at the First Presbyterian Church, Mandan, ND with Pastor Leanne Simmons as officiant. Inurnment will be at Riverview Cemetery, Wilton, ND.

Visitation will be held Friday, October 15, 2021 from 5:00-7:00 PM at the First Presbyterian Church, Mandan, with a Prayer Service at 7:00 PM. Visitation will continue at the church one hour prior to the service on Saturday.

Bob was born in Shakopee, MN to Carl and Mavis Reikow. Bob graduated high school from Chaska, MN in 1978. He graduated from Hennepin Technical College in 1979 with a certificate in Auto Mechanics and Parts Management.  In 1981, Bob graduated from Dakota Aero Tech receiving his A & P and started his 40-year career in aviation services. Bob built a great reputation and excelled at Duncan Aviation in Lincoln, Nebraska.  There, Bob married Karla (Bohlman) Reikow.  Their son, Blake Robert Reikow was born on January 18, 1994.  To be closer to their family after Karla became ill, they moved to Silver Lake, MN to await a lung transplant. Bob worked at Signature Flight Support, Minneapolis and later at Executive Aviation in Eden Prairie.  Unfortunately, before a transplant could take place, Karla passed away on February 4, 1998.

The Presbyterian Church in Silver Lake had just hired a new single pastor Deanna Peterson.  Wanting to keep her, they began a search for an eligible bachelor who had a boat.  One of the members promptly introduced them.  While never catching a fish in MN while dating, they enjoyed the lakes in MN.  Once Deanna took Bob to ND to the family cabin at Deep Water Bay on Lake Sakakawea; Bob was hooked on fishing and Deanna. Bob celebrated his catch of a lifetime by marrying Deanna on his 40 birthday, July 31, 1999.  Bob became a great fisherman, he knew the best spots and shared tips easily and it wasn’t long until Bob upgraded his boat.  Deanna adopted Blake as her own son and then gave birth to their other son, Marshall Kurtis Reikow on July 10, 2001.  The family loved snowmobiling, camping, fishing, water skiing and tubing and trips to ND.  Over the years, they took trips to Florida, South Dakota and Arizona.

Christmas of 2004, the family moved to Bismarck, ND. Bob worked for Bismarck Aero Center and Rocket Man Jet Services.  At the end of his career Bob started his own company, Rolling Thunder Aviation and entered part-time retirement so he could enjoy life more.  A special thanks to Travis Adams and Try-fly in the cities for spurring him on to this decision.  This last summer was the best for him fishing with family & friends.

Bob loved working side by side with his Dad & Blake on projects ranging from vehicles, toys with engines, airplane wings, to home improvements.  Bob could fix anything.  From the time Marshall could hold a football, Bob was his biggest fan.  Bob didn’t miss a game always encouraging Marshall to “move those chains” with the rest of the Shiloh crowd.  He was so proud of his two sons who became his best friends while spending time together in the great outdoors fishing, shooting prairie dogs, and hunting. Bob’s favorite food was his Mom’s chocolate chip cookies which he hoarded.  A special thank you to Scott & Kathy Jagow for providing not only a place to stay while working in the cities but a home and second family too.

Bob was baptized a Lutheran and later became a Presbyterian.  His faith was deep and quiet.  His favorite place to pray was on the lawn mower or in the boat and his favorite place to worship God was in a deer stand and around a campfire in the quiet beauty of creation.

To order memorial trees or send flowers to the family in memory of Robert "Bob" Reikow, please visit our flower store.