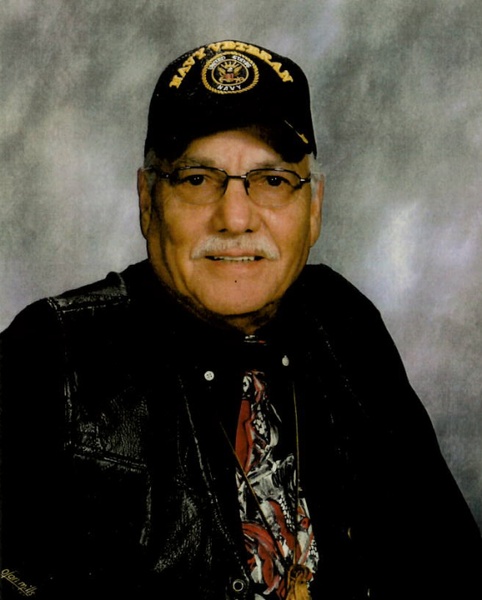 A Mass of Christian Burial will be held at 10:30 AM on Monday, June 14, 2021, at St. Peter Catholic Church, Fort Yates, ND with Msgr. Chad Gion as celebrant. Burial will be at the North Dakota Veterans Cemetery.

Rosary will be held Monday at 10:00 AM at St. Peter Catholic Church.

Robert (Bob) was born on November 14, 1944, in Fort Yates ND, to James and Sarah (White Eagle) Molash. Bob was the fourth child born to James and Sarah, he had two sisters Janice and Rebecca, both older, four brothers, one older, James Jr., and three younger, Joseph, Raymond, and Kenneth.

After completing his enlistment requirement, he received his honorable discharge on Oct. 9, 1968. He spent a good portion of his naval career at GTMO BAY CUBA where he worked in purchasing. This experience helped him obtain a position with the Indian Health Service. He gradually worked his way up the career ladder until he left after 18 years of employment.

During his life, he had many ups and downs. Married four times resulting in four children, two biological and two adopted. Bob enjoyed life to the fullest, he played the drums with the Lebeau Country Western Band from Eagle Butte, South Dakota. He was an above-average bowler with a pocket-grabbing hook, he enjoyed (left) handed military golf (left, right) where did it go? He liked to hunt and fish.

His downfall in life he learned in the military, had his mother knew what the result of signing his enlistment paper would be his life may have been different. Going into the military at 17, being introduced to alcohol which affected his entire working career, walking off the job after 18 years. He tried to beat the addiction with treatment at military facilities which lead to a new addiction pain pills and his eventual passing.

During his employment years with the U.S. Indian Health Service at the area office in Aberdeen, South Dakota, he received recognition from one of the Tribes in South Dakota. He was presented with a Star Quilt for assisting that Tribe in getting an addition to their medical facility. At that time he was also given an Eagle Feather, Buffalo Hair tie, and the Indian name (Ohitika Akicita) Brave Warrior. This was done by his friend Leonard Little Finger from Pine Ridge, South Dakota.

Bob was preceded in death by his parents, James and Sarah; his brother, Joseph who are all buried at the ND Vets Cemetery in Mandan as he will be; his brother, Kenneth’s ashes are with his wife in Oklahoma.

Bob is survived by his older sister, Janice from Palmer, AK; older brother, James, and younger brother, Raymond both of Fort Yates, ND; children, Sarah Marie and Derrick of South Dakota, Kyle Rudolph of Alabama; grandchildren, Savannah and Payton; and a tribe of nieces and nephews.

Special thank you to Shanna & her daughter for helping him with final requests before his passing.

To order memorial trees or send flowers to the family in memory of Robert Molash, please visit our flower store.