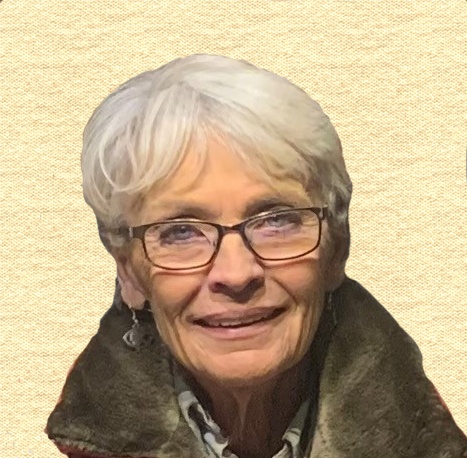 Robbyn Weinberger, 68, of rural Breien, received her special Angel wings on May 21, 2020, after complications from surgery.  A Mass of Christian Burial will be held at 11:00 CDT on Wednesday, May 27, 2020 at St. Lawrence Catholic Church in Flasher.  Family viewing will be at the church at 9:00 and public viewing at 10:00.  Burial will follow at the St. Lawrence Cemetery in Flasher.

Robbyn Christine was born on October 21, 1951.  She was the third child of four that were blessed to Gordon and Ramona (Schreiber) Cofer.  As a little girl, Robbyn, lived on a farm and this started her love for the outdoors and special pets.  Part of her ritual of milking cows by hand came with an occasional "squirt" both into her mouth and the cat's!

She attended country school for two years and then went on to graduate from Roosevelt Public School in Carson in 1969.  Some of her activities included cheerleading, track, and the honor of being the Homecoming Queen that year.

Robbyn married Jerry Weinberger on her birthday, October 21, 1975. From this union, four little cowboys were born:  Cody Kent, Steven John, Paul Joseph, and Jason George.  Robbyn was the ultimate Rodeo Mom and loved watching them compete, always being their biggest fan!  Her house was known far and wide to always be open to the wayward Cowboy traveling through.

Dearest to Robbyn's heart were her sons, grandchildren, and her special "hens & chicks" friends.  Up until her death, she always enjoyed driving her grandchildren to and from school on her bus.   She was so proud of each and every one of them.

Her favorite place in the summer was the cabin at Lake Tschida where many great memories were made, including the annual Cofer reunion.  Golfing became a passion, especially with the "grudge" matches with family.  Her hard work and dedication to ranch life was admired by many.  Her presence will always be felt there, every time a baby calf is born and the crocus bloom, she will be remembered!

Robbyn had a heart of gold and was her family's "Rock".  Everyone who met her became a friend.

She was preceded in death by her son, Jason; parents, Gordon and Ramona Cofer; in-laws, George and Anne Weinberger; sister-in-law, Sheila Cofer; and nephews, Jordan Hauge and Matthew Strand.

In lieu of flowers, the family asks that memorials be made to The Flasher Golf Course and/or the American Cancer Society.

To order memorial trees or send flowers to the family in memory of Robbyn Weinberger, please visit our flower store.