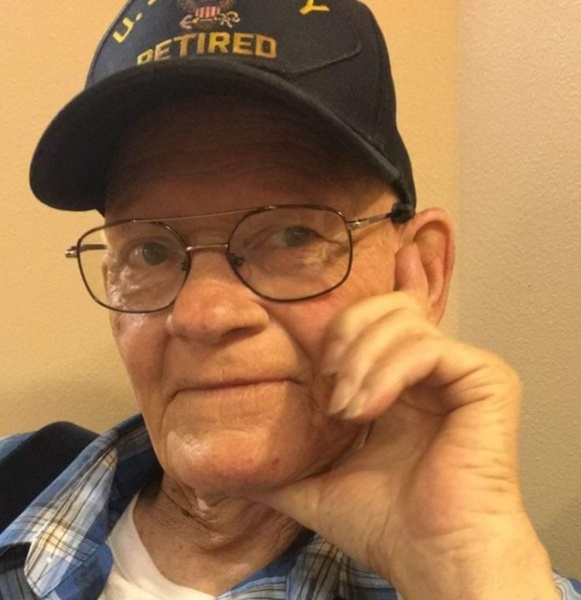 Richard Dale Loghry, 73, Mandan, passed away May 9th, 2019, at his home surrounded by those who loved him most.  Richard fought tirelessly during his two year battle with cancer, surprising his Oncologist at each appointment and often being referred to as a ‘miracle’.

A Funeral Service will be held at 10:00 AM on Monday, May 13th, 2019, at Weigel Funeral Home with Pastor Kerry Stastny as celebrant.  Burial will follow at the Veterans Memorial Cemetery with full military honors.

Richard was born in Riverton, WY, on January 24th, 1946 to Charles and Goldie (Wright) Loghry.  In 1965, Richard joined the Navy and proudly served his country for 29 years.  During his military service, Richard completed several tours of duty, including Vietnam.  He enjoyed sharing stories and memorabilia from his time in the Navy.  After the Navy, Richard held various jobs and eventually retired from the State Penitentiary where he worked in the boiler room.

In 2002, Richard met Dorothy at bingo.  They quickly bonded over their shared love of trips to the casino, playing cards and eventually, Dorothy’s family.  Richard quietly and unassumingly worked his way into their hearts and lives and loved Dorothy’s children, grandchildren and great-grandchildren as his own.  Dorothy’s family is forever grateful for that fateful day at the bingo hall and for how lovingly he cared for Dorothy.

Richard’s true joy was spending as much time with his kids and grandkids as he possibly could.  His commitment to family made for an eventful and chaotic life and he loved every minute.  There was never a shortage of school programs, sporting events, campground visits, fishing adventures, road trips, birthday celebrations, graduations and weddings to attend.  It was not uncommon for Dorothy and Richard to leave one event with just enough time to get to the next one.  Richard made sure to always have an over-abundance of the grandkids’ favorite foods at the house.  If one box of candy was good, then five must be better!  Richard also never passed up the opportunity to surprise the girls in his life with fresh cut flowers.  He truly made everyone feel like they were his favorite.

In addition to spoiling the grandkids and drastically overpaying them for doing household chores, Richard enjoyed trips to the casino, playing cards and Farkle, racing anyone who would dare challenge him in Sudoku, fishing and spending time in the kitchen. These activities were always done with a group of grandkids and Dorothy.

Richard was preceded in death by his parents and numerous siblings.

To order memorial trees or send flowers to the family in memory of Richard Loghry, please visit our flower store.