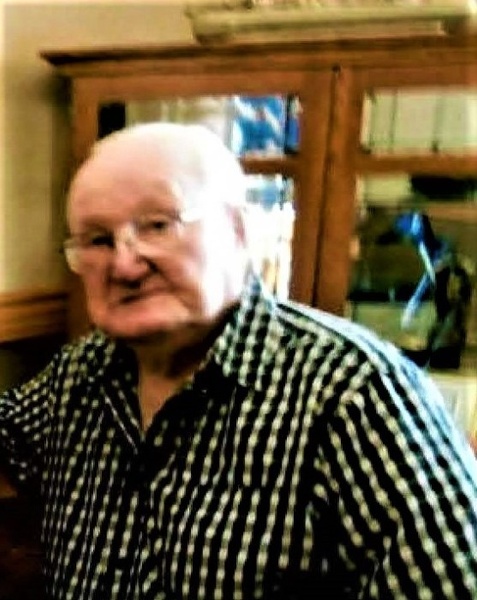 Funeral services will be held at 9:00 a.m. on Tuesday, June 12, 2018 at
Redeemer Lutheran Church, Mandan, ND with Rev. Ryan Wolfe as officiant. Burial will be at Mandan Union Cemetery following the service.

Visitation will be held Monday, June 11, 2018 from 5:00-7:00 pm at Weigel Funeral Home. Visitation will continue at the church one hour prior to the service on Tuesday.

Richard was born in Mandan on July 1, 1925 to Ed and Hannah (Bruggeman) Chyle.

Richard was a lifelong resident of Mandan who would later go on to serve the citizens of Mandan. On May 16, 1959, Richard married Lorraine Schultz of Miles City, Montana and together they helped raise Lorraine’s son, Danial.

Richard was a dedicated worker who was employed as a Plumber for Sanitary Plumbing for several years. He then went on to work as a Building Inspector for the City of Mandan. He was employed with the city for many years until his retirement. Richard was devoted to his faith. He was proud of his church and his strong faith was ever so evident.

He was proceeded in death by his parents, Ed and Hanna; wife, Lorraine; grandson, Bradley Corey; and sister, Adeline (Clayton) Kitchen.

In lieu of flowers, memorials may be made to Redeemer Lutheran Church in Richard’s name.

To order memorial trees or send flowers to the family in memory of Richard Chyles, please visit our flower store.

Lutheran Church of the Redeemer