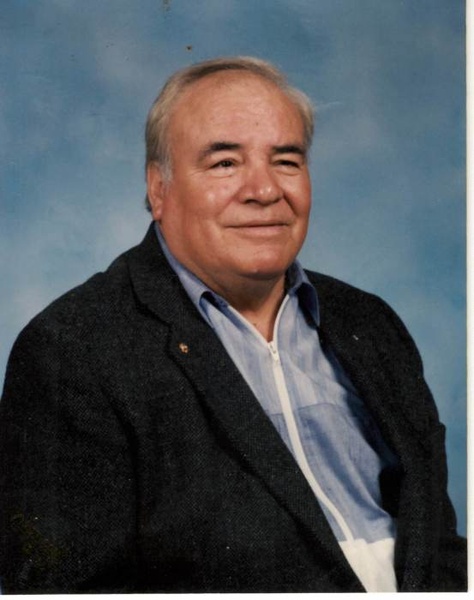 A Rosary will be held on Thursday, Dec. 13, at 7:00 P.M. at St. Peter’s Catholic Church in Ft. Yates, ND. Visitation will be available one hour before the Rosary and one hour prior to funeral services.

Richard “Dickie” Archambault was born on Feb. 24, 1927, to Richard Archambault and RoseAnn Wilkie in Ft. Yates, ND. Dickie graduated from the 8th grade at St. Bernard’s Mission in Ft. Yates, ND and attended high school at both St. Paul’s Mission in Marty, SD and Ft. Yates, ND. He dropped out of school and enlisted in the US Army Parachute Team and served in World War II. He attended Airborne School in Ft. Benning, GA. He also attended Signal School European Command in Ansback, Germany. While in Germany he learned the German language. He was discharged in 1950. From the time he was discharged until 1968, he had odd jobs and would hop on the freight train, traveling from the East Coast to the West Coast. He had many stories from his freight train adventures. When he would return home, his mother would urge and plead with him to attend treatment for his alcoholic addiction. He was a recovering alcoholic for many years. In 1968 Dickie sobered up and received his GED while in Rosewell, NM, attended the Eastern New Mexico University with AA, received his BS from the University of Mary, and received a Master’s degree in Counseling and Guidance from the University of ND. He graduated with honors from both universities.

He worked in Ft. Totten and at Flandreau Indian School as a Health Educator and Guidance Counselor, then as an Alcoholism Program Director at I.H.S. Aberdeen Area Office in Aberdeen, SD.

To order memorial trees or send flowers to the family in memory of Richard Archambault, please visit our flower store.
Open