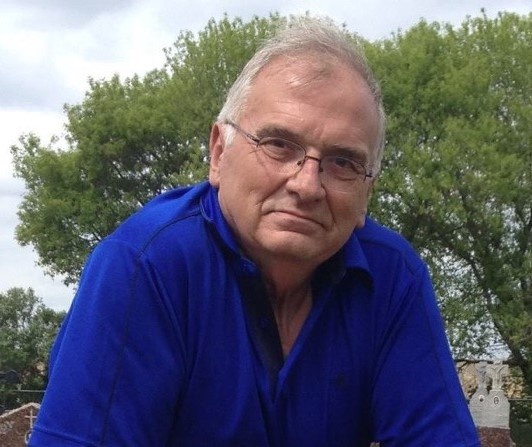 Raymond James Leingang, 75, Mandan was called home by the Lord on May 11, 2018.  Mass of Christian burial will be held at 10:30 a.m. Thursday, May 17, 2018 at Spirit of Life Catholic Church with Rev. Chris Kadrmas as celebrant.  Burial will be held at Mandan Union Cemetery.

Visitation will be held Wednesday from 5 to 8 p.m. at Weigel Funeral Home, with a Parish Rosary/Vigil at 7 p.m.  Visitation will continue one hour prior to the service at the church on Thursday.

Ray was born on August 23, 1942 in Mandan to Ralph and Anna (Bullinger) Leingang and grew up on a farm northwest of St. Anthony.  When Ray was 16 years old, his father passed away as the result of a farm accident and Ray withdrew from school to assume operation of the family farm.  Ray was a hard worker, supporting his mother and two younger siblings as they both finished high school.

On October 10, 1970 Ray married Edith (Edie) Thompson, his perfect mate, and they continued the farming operation and started their own family.  When a nearly identical accident as the one that took the life of his father almost killed Ray, he decided to sell the farm and they moved to Mandan where he began employment with the Mandan School District.  Ray’s dedication to quality work and over three decades of driving school bus for students and athletes enhanced the Mandan school system.  Most notable was his passion for the students he encountered daily and is remembered by many of them even into adulthood.  Ray faithfully volunteered at Spirit of Life working in the soup kitchen and helping with funerals.  He was also a member of the St. Anthony Verein.

Ray had a huge heart for his children and grandchildren and he endeavored to support them all through their many activities.  Countless football, basketball, track, softball, choir, and band activities were attended over the years as he and Edie supported their kids and grandkids.  True road warriors, they spent endless weekends balancing high school activities coupled with college games or meets.  When not on the road, Ray thoroughly enjoyed the outdoors.  Many hours were spent in his yard, fishing by the river, camping at Fort Abraham Lincoln State Park, and as the bus driver for the summer biology trips to the North Dakota Badlands.  As a dedicated husband, father, grandfather, and school employee, he will be deeply missed and loved by all.  “Love You More.”

Ray was preceded in death by his love of 38 years, Edie; his parents; two brothers, Larry and Edwin; and brother-in-law, Sonny Watts.

In lieu of flowers, donations may be made to the Alzheimer’s association or to the Mandan Foundation for Education.

To order memorial trees or send flowers to the family in memory of Raymond Leingang, please visit our flower store.