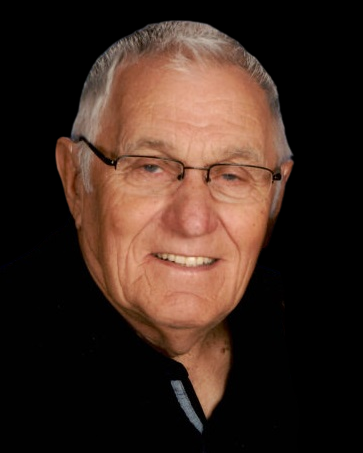 A Mass of Christian Burial will be held at 10:30 AM on Monday, November 21, 2022, at Christ The King Catholic Church, Mandan, ND with Rev. Fred Harvey as celebrant. Burial will be at the North Dakota Veterans Cemetery.

Visitation will be held Sunday, November 20, 2022, from 4:00-6:00 PM at Weigel Funeral Home, Mandan, with a Rosary/Parish Vigil at 6:00 PM. Visitation will continue at the church one hour prior to the service on Monday.

Phil was born May 1, 1937, to Alexander and Elizabeth (Matz) Boehm.  Raised on a family farm west of Mandan, Phil was the ninth of eleven children. Phil served fourteen years with the national guard, and was active during the Berlin Crisis in Ft. Riley, Kansas from 1961 to 1962.  Phil met his beloved wife, Ceacelia, on a blind date.  After a whirlwind romance, Phil and Ceal were married on September 1, 1962, at Cathedral Church in Bismarck.  Phil and Ceal were overjoyed to celebrate their 60th wedding anniversary with their extended family and friends this past September.

Phil spent most of his career working for Scherr Plastering. He was a hard worker and cherished the relationships and friendships he developed with his co-workers and fellow contractors. He was proud of his work, and you could not name a city in North Dakota without him mentioning a building he helped work on. To his co-workers, he was “Philly” - an easy-going guy to BS with at lunch, while sitting on an overturned five-gallon bucket.

Hobbies included playing cards, playing the slots, swimming, gardening, and traveling with Ceal to Laughlin, Las Vegas, Wendover, and Branson.  After he retired, Phil volunteered at the senior center delivering meals to the home-bound elderly, and also volunteered at his daughter’s apple orchard.  Phil always had a joke to share and made friends easily.  Whether you were a new friend or an old one, Phil was always up for a good conversation, a game of cards, or laps at the pool.  He also cherished the special relationship he had with his many nieces and nephews.

Phil was proud of the life he was able to build for his family.  He loved to spend time with his five children and their spouses, fourteen grandchildren, and great-grandchild.  Whether celebrating the holidays, at the lake during the summer, or playing pinochle on a Saturday night, Phil was always surrounded by his family.

Philip will be deeply missed by his wife, Ceacelia; his children, Debbie (Rene) Lafferty and Donna (Kevin) Fishbeck, both of Mandan, Dennis (Angie) Boehm of St. Paul, MN, Darla (Brien) Krank of Fargo, and Darcy (Mike) Sjomeling of Delano, MN; his grandchildren, Austin and Cole Lafferty, Hannah, Jon (Shania), and Ben Fishbeck, Emma and Jake Boehm, Josh, Harrison, and Margaret Krank, and Tucker, Reier, and Parker Sjomeling; his great-granddaughter, Sophie Fishbeck; and additional family members, Ron and Sylvia Pitzer. Phil is also survived by his sisters-in-law, Irene Boehm of Billings, Mont., Angie Boehm and Vivian Boehm, both of Mandan, and Teresa Johnson of Bismarck; and his brother-in-law, Alex Kelsch of Bismarck.

Special thanks to Phil’s Burlington Condo friends for all the love and support they gave Ceacelia and family during this difficult time.

Philip was a craftsman, and was always proud of what he built, but he was most proud of the life and memories he built with Ceacelia.

To order memorial trees or send flowers to the family in memory of Philip L. Boehm, please visit our flower store.