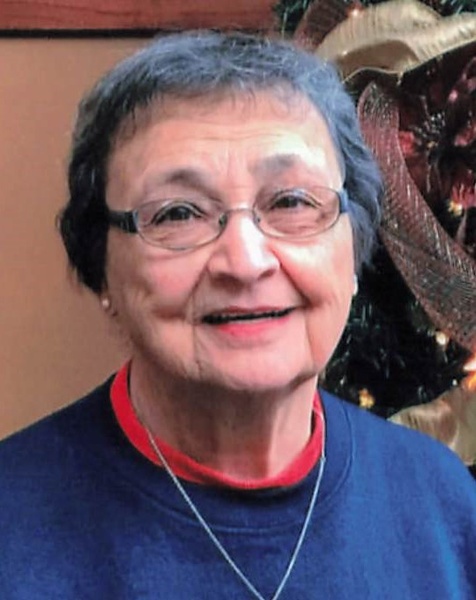 Services will be held at 9:30 AM on Thursday, December 30, at St. Joseph Catholic Church, Mandan, with Father Joshua Waltz as celebrant. Burial will be in the Mandan Union Cemetery.

Visitation will be held at Buehler-Larson Funeral Home, Mandan, from 5:00-6:00 PM on Wednesday, December 29. A Catholic Daughters Rosary will be at 6:00 PM, with a parish vigil following. Visitation will continue one hour prior to services at the church on Thursday, December 30.

Pearl was born January 6, 1937 in Wilton, ND, the  daughter of Michael and Mary (Skoropat) Hruby. She was raised in Wilton and graduated from Wilton High School in 1954. She worked as a Dental Assistant for Dr. Priske, Bismarck, from 1954 to 1957. She married Melvin Zerr on May 25, 1957 in Wilton. Together they had three children: Michael, Lynnette, and Marvin.

Pearl worked for First National Bank; Mandan Security Bank, Mandan; Supercrete, Inc; (Lampy Concrete) for 25 years; and for Al Fitterer Architect for 5 years when she retired. She then worked as an on-call for the Leach Foundation, Bismarck, for several years and continued working as an on-call Aide at Mandan High School and an on-call Secretary for Edward Jones       Investment, Mandan.

She was a member of St. Joseph Catholic Church, Catholic Daughters, an active member of the Eagles Auxillary, and the Dazzling Reds Red Hatters, all of Mandan.

To order memorial trees or send flowers to the family in memory of Pearl Zerr, please visit our flower store.