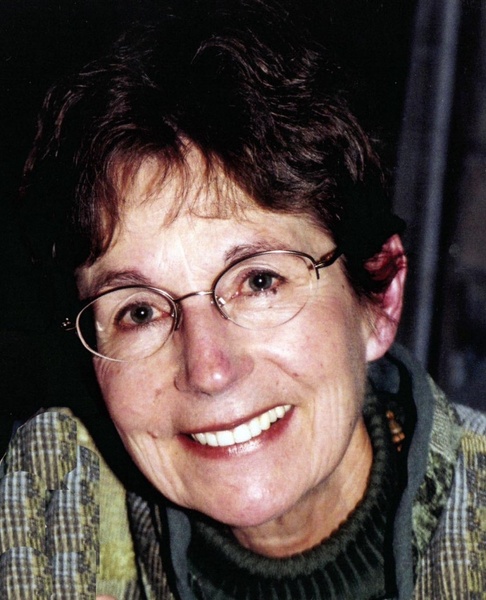 Patricia Marie (Anderson) Rasmuson, Bismarck, passed away July 13, 2017, peacefully in her sleep after struggling with Alzheimer’s for a number of years. Funeral services will be held at 2pm Saturday, July 22, at Weigel Funeral Home, Mandan. Visitation will be held one hour before the service on Saturday at the Funeral Home. Inurnment will be held at a later date.

Pat, as she was known to most, was born on May 11, 1940, to Jack and Mary Anderson in Rolla, ND. She was raised and educated in a variety of North Dakota towns and attended Bismarck and Rugby High Schools. Pat was united in marriage on September 16, 1961 to Elmer Dean Rasmuson. They were blessed with three children, Dean, David and Paul. She was a devoted wife, mother, and elementary school teacher spending over 20 years in the Bismarck Public School system predominantly as a 1st grade teacher at Northridge Elementary School in Bismarck.

Pat will be forever remembered by her loving husband of 55 years, E. Dean; her sons, Dean, Houston and Paul, Las Vegas; her brother, Wayne Anderson, Casa Grande; along with numerous grandchildren, a great grandson, cousins, friends and colleagues.

Pat was preceded in death by her son David who gave her much joy while she blessed this world.

In lieu of flowers the family requests donations to The Make a Wish Foundation.