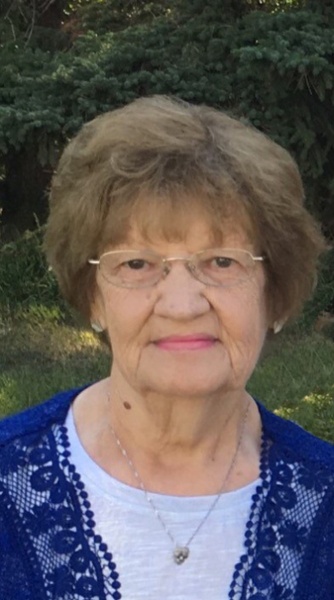 A Celebration of Life will be held at 2:00 PM on Friday, July 16, 2021 at Weigel Funeral Home, Mandan, ND. Interment will be at Mandan Union Cemetery.

Visitation will be held one hour prior to the service on Friday.

Patricia Ann Backer was born January 7, 1937 to Frances and Emil Sabot in Bismarck, North Dakota, where she was raised with nine siblings. She attended St. Mary’s High School.

Patricia met and married Edward Backer. They started a family and traveled for a time with his job with the Boilermakers. She made a home wherever they were until they finally settled in Mandan. They later moved to a property outside of town where Patricia raised seven children, six daughters and one son.

Patricia was happiest working in the garden among her flowers, playing slots in the casino and interacting with her children, grandchildren, and great-grandchildren.

Patricia was preceded in death by husband Edward R. Backer, son Mark P. Backer and most of her siblings.

To order memorial trees or send flowers to the family in memory of Patricia Backer, please visit our flower store.