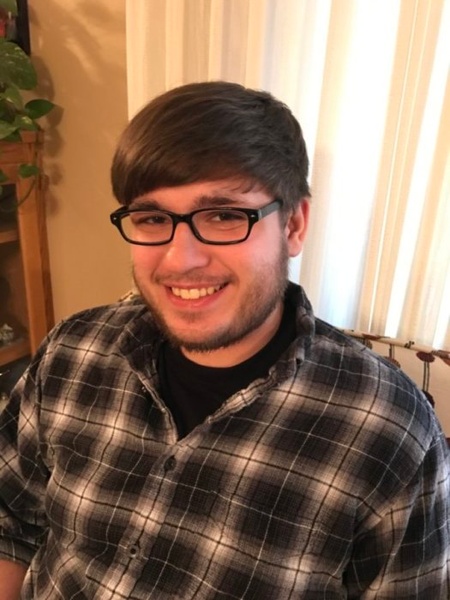 Noah Logan Beckler, 22, of Mandan, left his worldly life on April 29, 2020 at home through causes undetermined.

A Visitation and a Celebration of Life Service will take place next week.  Service details are pending.

Noah Logan Beckler was born at St Alexius in Bismarck on June 27th, 1997. He was the fourth child of Nancy (Frieze) and Timothy Beckler.  His older siblings are, Alexandra, Sean, and Ethan his heavenly angel sibling.  Noah throughout his years gained two additional parents, his step-mom Gwen (Wilz-Beckler) and Step dad Scott (Frieze), along with a younger sister, Madison. He also gained two step sisters, McKynzie and Kassidy.  Noah loved being the youngest, but was also proud when he gained younger sisters to impart all of his wisdom upon.

Noah was a huge Star Wars fan; he collected each of the movies, each generation’s figurines and spent countless time building Star Wars ships from Legos.  There weren’t too many times you would see him without a Star Wars t-shirt or hoody on.

Noah had a musical ear. He picked up an acoustic guitar at about the age of 10 and taught himself to play pieces by listening to them and practicing for hours.  His guitar became part of him. He played everything from electric, base, banjo, mandolin and even picked a Ukulele. He was gifted a Sitar from his mom after a trip and made us feel like we were in another place. Most recently Noah purchased an Ibanez electric guitar, which he was very proud of, and loved to play.

From early on, Noah had a love for babies and small children, even when he was one himself.  If there was a family event or gathering, Noah could be found where the babies were. His family joked he would perhaps have 10 of his own someday.

Noah tried lots of activities in his short life and while they didn’t all stick, he was happy to have had the experience of playing football, basketball, Taekwondo, fishing, jet skiing, tubing, and guitar lessons.  Guitar and music remained his favorite.

Anyone who knew Noah knew he was very smart and quick witted. He had knowledge of the oddest trivia, which he would share with all who would listen.

While Noah was actually fairly quiet, he had a heart filled with love which he wore on his sleeve, and a kindness that he was not afraid to share with others. He had an indescribable way of connecting to people, be it family or friends. He had a special relationship with each of his siblings and found joy just being in the same place as each of them. He also had a unique relationship with his grandparents. He loved to razz his family, and often gave pet names to them or teased them about their age. Noah was great at one to one moments with his family and friends, and could talk old movies to world history and so much more.

Noah enjoyed watching movies. Classic 90’s and 2000’s comedies were among his favorites; the ones that made him laugh so hard he would cry. Noah would never turn down an opportunity of watching a great horror movie with his mom either. Among his favorites were the Halloween sequels.  Noah loved a good thriller in the theatre or even on a carnival ride...bring on the rollercoasters.

Noah worked at various restaurant jobs, most recently he was employed with Broadway Grill as a line cook.  While he wasn’t creating master pieces yet, he enjoyed his cooking experiences, and the people he worked with. He was looking forward to going back to work after the closure period due to the Corona virus.

Noah had a tight friend group. Those who got to know him, regarded him as a great friend, and Noah would do almost anything for a friend in need.

Noah had a smile that could light up any room he walked into. He tried to touch everyone around him with positivity. Even during his school years when he experienced many ups and downs he could still shine his light for his friends under any circumstances.  Noah overcame the difficult times of his younger years and was looking forward to the life ahead, a life of marriage, children of his own and many new memories with friends and family. His life of possibilities left this world far too soon, and with it went a piece of our hearts, but he will remain in ours forever.

To order memorial trees or send flowers to the family in memory of Noah Beckler, please visit our flower store.