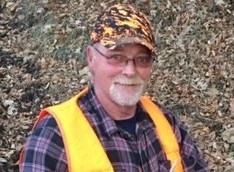 A Mass of Christian Burial Service will be held at 10:30 AM on Saturday, November 28, 2020 at St. Joseph Catholic Church, Mandan, ND with Rev. Josh Waltz as celebrant. Burial will be at Mandan Union Cemetery.

The Mass of Christian Burial and Vigil Service will be live-streamed on Michael's obituary page.

Michael was born on August 18, 1961 in Mandan, North Dakota where he grew up hunting and fishing with his father. At the age of 21, Mike joined the U.S. Army and proudly served his time overseas in South Korea. When he did return to the states, he met his wife Bonnie. Mike and Bonnie had gotten married on October 11, 1985 and later had two boys who quickly became enthralled with fishing and hunting just like their dad.  Mike enjoyed working as a mechanic at Land O' Lakes. Mike enrolled at Bismarck State College and received his Power Processing Technology Degree. Mike was most recently employed at Great River Energy. On his time off Mike spent his time fishing and spending time with his friends and family and loved being outdoors with his sons and two grandsons who loved their "Papa Mike."

Michael was preceded in death by his parents: Kasper and Mary Ripplinger; grandparents, several aunts, uncles, cousins, nephew and brother-in-law.

To order memorial trees or send flowers to the family in memory of Michael Ripplinger, please visit our flower store.