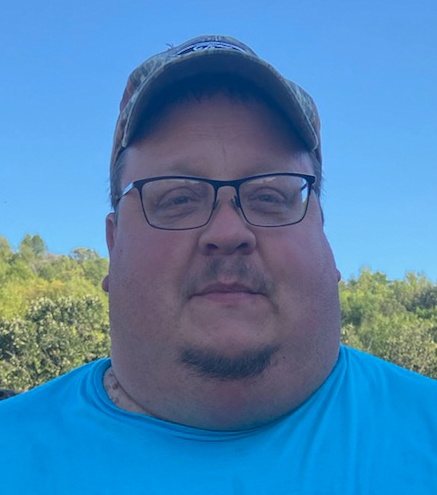 Matt was born March 27, 1974, to Donald and Marlene (Schlosser) Geiger.  He attended Mandan High School.  He met the love of his life, Sandra Schnell, when they were just 16 and 15 yrs old.  They were married on August 25, 1995.  Together they raised three children, Whitney, Cierra, and Dylan. He was a man of great faith and he passed that faith onto his children.

He was a curious child. He would take apart radios and other things just to see how they worked and then put them back together. It was not unusual for his parents to find buckets of parts and bolts from something that Matt disassembled.  He even took the hinges off the cabinets. He was a content child, spending hours pushing his Tonka trucks up and down in the windbreak until the wheels wore off.

He loved to work with his hands and had many skills.  He had a beautiful soul and a heart of gold. If you needed Matt, he was there for you.  If you were sick, he was always checking on you. He enjoyed hunting, fishing, and camping with friends and family. He was an awesome cook and when camping the grill was always going at Matt’s campsite. He enjoyed listening to 80’s hair bands and he had a love for muscle cars. He spent many hours working on and fixing up his prized 74’ Gran Torino. He acquired the car in the same color and year as his first high school car. He was a funny and quick-witted guy who kept you on your toes with his jokes and wise cracks. His laugh and smile will remain in our memories forever.

Above all, his deepest love and joy was for his family. He was a dedicated husband, father, and grandpa. There was never a time when Matt and Sandi were apart in their dating years and their 26 years of marriage. He was so proud of Whitney and Cierra’s musical and singing talents attending every play, concert, and choir event.  He was Dylan’s biggest fan, attending all his football, baseball, and basketball games.  On December 16, 2020, he became the proud grandpa to Oakley Jaxon. Grandpa’s little buddy was the light of his life.  His love for him was so deep. If he couldn’t be around him, he wanted to face time him and was so proud that his first word was papa.  He was also happy to welcome two sons-in-law into the family this year. He considered them his sons. His home was also a gathering place for many of his children’s friends and a lot of them called him dad.

He was a jack of all trade and over the years Matt was employed with BisMan Mobile Phone, Corral Sales, L&H Manufacturing, BNSF, and was currently employed at Sanford Healthcare Accessories. He made many good friends along the way. If you were a friend of Matt’s, you were a friend for life.

Matt was preceded in death by his infant brother, Donald; niece (and godchild), Courtney Smith; nephew, Mark Geiger; mother and father-in -law, Richard and Fay Schnell; and his grandparents, Ralph and Katherine Geiger and J.P. and Rose Schlosser.

To order memorial trees or send flowers to the family in memory of Matthew Geiger, please visit our flower store.