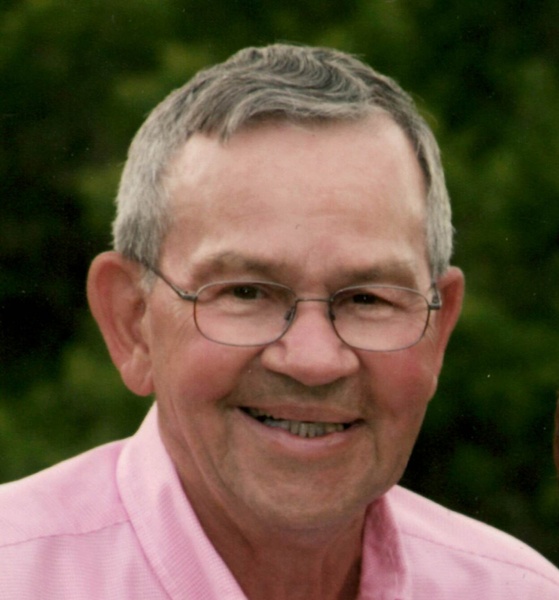 Marvin was born August 2, 1930 to William and Florence (Keller) Joersz.  He was raised and educated in the Almont area.  Marvin and his family moved to Mandan in 1949 where his father purchased a grocery store which later became Bill’s Super Valu.  Marv, along with his two brothers, helped in the daily operations of the grocery business.  In January of 1951, Marv and his brother Bob joined the Army National Guard where they served until they were honorably discharged in November 1952.

In 1961, Marv’s father added another business to the family when he purchased Lockbeam Hardware.  The hardware store was renamed Marv’s Hardware and Marvin spent the next 41 years running the business.

Marvin was united in marriage to Lucille Gross on May 17, 1954 in Bismarck, ND.  Together they raised five children while both active in running the hardware store.  Marv and Lucille celebrated 61 years together until Lucille’s death in 2015.

Marv had a passion for sports and was active in baseball and basketball as a young man.  He spent countless hours over the years watching his beloved St. Louis Cardinals from his easy chair.  If he couldn’t watch them on TV, he’d be sure to find the game on the radio.  He also had a passion for golf, spending many hours on the golf course and even managing to score a hole-in-one three times - the first time on his 60th birthday.  Marvin was a man of daily routine and one thing he rarely missed was morning coffee with “the guys”.

Marv was preceded in death by his parents; his wife, Lucille; grandchildren, Emily and Joshua; sister-in-law Donna; a niece, Cheryl Lunde; and a nephew, Tim Joersz.

The family would like to include a special thank you to the staff at Elm Crest Manor, New Salem, who took such wonderful care of Marvin while he was in their care.  We are forever grateful.

In lieu of flowers, the family asks that memorials be sent to the North Dakota Veterans Cemetery.

To order memorial trees or send flowers to the family in memory of Marvin Joersz, please visit our flower store.