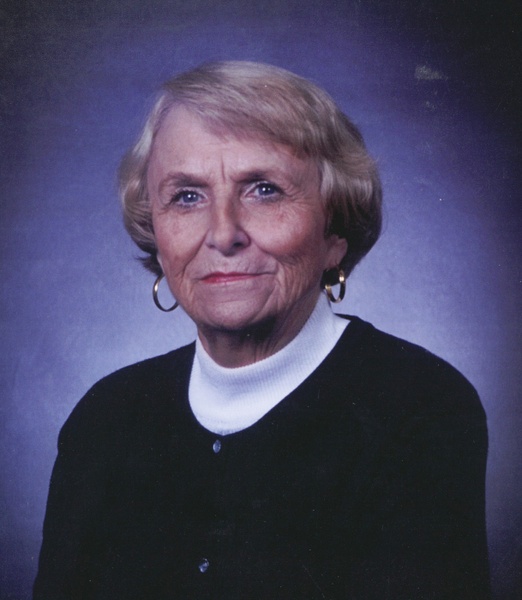 Mass of Christian Burial will be held at 10:00 am on Saturday, December 23, 2017 at Christ the King Catholic Church, Mandan, ND with Rev. Nick Schneider as celebrant. Burial will be at Mandan Union Cemetery following the service.

Visitation will be held Friday, December 22, 2017 from 4:00-8:00 pm at Weigel Funeral Home, with a Rosary and Parish Vigil at 7:00 pm. Visitation will continue at the church one hour prior to the service on Saturday.

Marlys Caroline (Nelson) Stumpf was born May 28, 1932 in Plaza, ND to Ben and Eldora (Jorgenson) Nelson.  She was raised and educated in Bottineau, ND, where she met the love of her life, Leo (Peanuts) Stumpf, while he was attending the Bottineau School of Forestry.

They married in 1951 and moved to Riverdale, ND where Leo taught and coached football.  In 1958, they made their life-long home in Mandan with their six children.  Marlys belonged to several bridge clubs over the years, was an avid sports fan, loved tending to her summer flowers and was so especially proud of her Norwegian heritage.

After Leo retired from teaching in the early 70’s, the two enjoyed their cabin on the Missouri River south of Mandan.  Leo died October 30, 1986.

Marlys is survived by her brother, Larry (Jan) Nelson, her sisters-in-law, Nancy Nelson, Lorraine (Dick) Froehlich, JoAnn Stumpf and brother-in-law Clem Stumpf, along with many nieces and nephews.

She was preceded in death by her parents, her husband, Leo, her brothers Daryl and Bernyl, her granddaughter, Leslie Eckroth, her daughter-in-law, Shelley Stumpf, sisters-in-law Polly Barth, JoAnn Nelson and Doris Stumpf and brothers-in-law Donald Stumpf and Bill Barth.

In lieu of flowers, please make a donation to Care and Share in Mandan or to the charity of your choice.

To order memorial trees or send flowers to the family in memory of Marlys Stumpf, please visit our flower store.