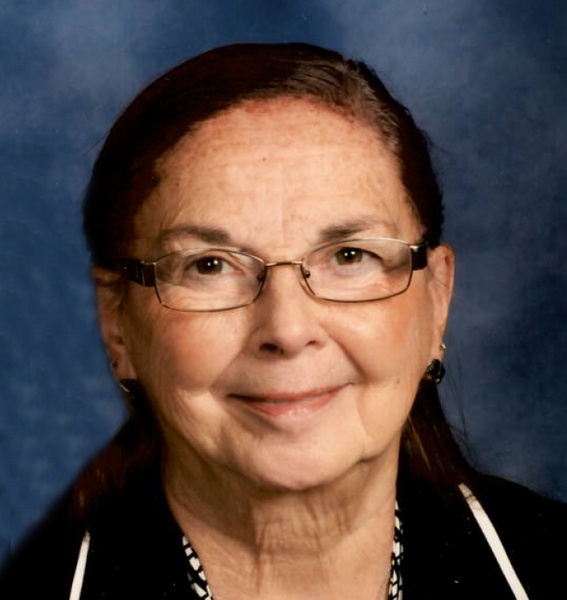 A Mass of Christian Burial will be held at 10:00 AM on Saturday, February 27, 2021, at the Church of St. Anne, Bismarck, ND with Rev. Wayne Sattler as celebrant. Burial will be at Mandan Union Cemetery. The service will be live-streamed and can be seen on the Weigel Funeral Home website on Loretta’s obituary page.

Visitation will be held Friday, February 26, 2021, from 5:00-7:00 PM at Weigel Funeral Home, Mandan, with a Rosary/Parish Vigil at 7:00 PM. Visitation will continue at the church one hour prior to the service on Saturday.

Loretta was born to Alex and Rofina (Miller) Ripplinger on August 2, 1943, in Flasher, ND. Loretta went to grade school in Carson for the first five years, and then moved to Flasher, graduating from Flasher High School in 1961. Loretta was very involved in high school activities and was a Bulldog cheerleader for four years. She was very proud to be a Bulldog graduate and faithfully attended her class reunions, which were held every five years!

Loretta moved to Mandan following graduation and began working for 1st National Bank. She moved in with Helen Berger, who was like a second mother. Loretta continued to work in the banking business, as the names changed to Norwest Bank and eventually becoming Wells Fargo Bank, retiring after 29 years. She began as a teller and retired as a loan officer. She then went to work for AR Audit and Sears Optical, before going to Bank of North Dakota, where she remained for 14 more years.

Loretta married Steven Riehl on May 6, 1988. They had a blended family. Steven and Loretta attended approximately 15 Supreme Knights of Columbus Conventions in the US and Canada. Loretta was at his side for nearly all his Honor Guard stands with the Knights, which totaled over 600. Following retirement, Steven and Loretta did lawn work and snow removal for many years.

Loretta enjoyed gatherings with her former banking girls, as they went to a different eating place each time they met and laughed and giggled long past lunch time. She also enjoyed the times spent at the casino, either for gaming or concerts. She even got to see her all time favorite singer, Neil McCoy, in Cheyenne, WY. Her best Neil McCoy concert experience was a meet and greet that included a photo session with her and Neil at Prairie Knights. She also got to meet and greet Mo Bandy.

Loretta enjoyed dogs! In earlier years, she had a St. Bernard named Big Foot and a Boxer named Brandy, and in later years the company of Dash who belonged to Bishop David Kagan. Loretta loved to invite Bishop Kagan and Dash for supper, usually serving roast beef and Carson sausage, and then sending the leftovers home with Bishop Kagan.

Loretta was preceded in death by her son, Tracy Joseph Hopfauf (Todd’s twin) who only lived two days; her parents, Alex and Rofina (Miller) Ripplinger; her brother, Alexander (Alvin) who died at birth; and her brothers, Clarence and Donald; and her father-in-law, John Riehl.

To order memorial trees or send flowers to the family in memory of Loretta Riehl, please visit our flower store.