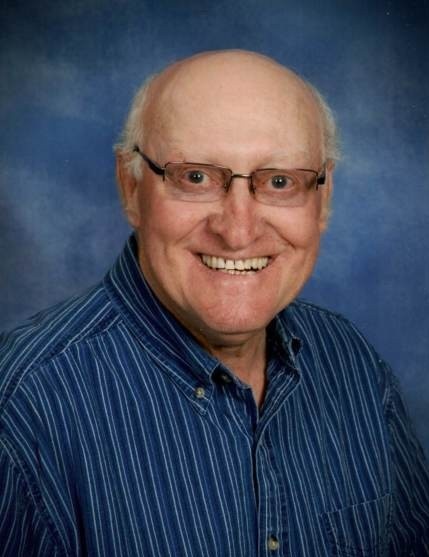 Lloyd Anthony Unser, 76, of Mandan, ND passed away peacefully at home after a short battle with cancer on Monday, November 11, 2019.

A Mass of Christian Burial will be held at 11:00 AM on Saturday, November 16, 2019 at St. Joseph Catholic Church, Mandan, ND.  Burial will be at the North Dakota Veterans Cemetery.

Visitation will be held Friday, November 15, 2019 from 5:00-8:00 PM at St. Joseph Catholic Church, Mandan, with a Rosary/Parish Vigil at 7:00 PM. Visitation will continue at the church one hour prior to the service on Saturday.

Lloyd was born May 19, 1943 in Mandan to Anton and Isabel (Brilz) Unser. Lloyd attended St. Joseph Grade School, Mandan Junior High, and graduated from Mandan Senior High in 1961. After graduation, Lloyd enlisted in the United States Air Force, where he was stationed at Forbes Air Force Base in Topeka, Kansas. Lloyd was honorably discharged in 1965 and was a proud Veteran for the remainder of his life.

In 1966, Lloyd began working for Sanitary Plumbing & Heating as an apprentice plumber. He attended the North Dakota State Plumbing School and earned his journeyman license. After working as a serviceman for 16 years, Lloyd earned his Master Plumbing License and opened Lloyd’s Plumbing and Heating Service in 1982. Lloyd was a trusted and sought-out plumber, long past his retirement in 2011. His customers appreciated his honesty, reliability, crazy hats, and conversation. Lloyd was a proud member of the UA Local 300 Plumbers and Pipefitters Union.

On June 17, 1967 Lloyd married Maryn Klein of Bismarck. Together they raised three boys, Daryl, Craig, and Mike who made Lloyd immensely proud. In addition to being a proud father, Lloyd was a talented gardener, known for his yearly crops, which he eagerly shared with those he loved. Lloyd was also an avid outdoorsman. Whether it was time spent outside in nature or the trophy mounts that hang on his walls, Lloyd was happiest when he was hunting or fishing. He enjoyed hosting fish frys with friends and family. Lloyd was a devoted Pittsburgh Steelers fan and took part in fantasy football with close friends.

Lloyd was preceded in death by his parents and his brother Dean.

To order memorial trees or send flowers to the family in memory of Lloyd Unser, please visit our flower store.