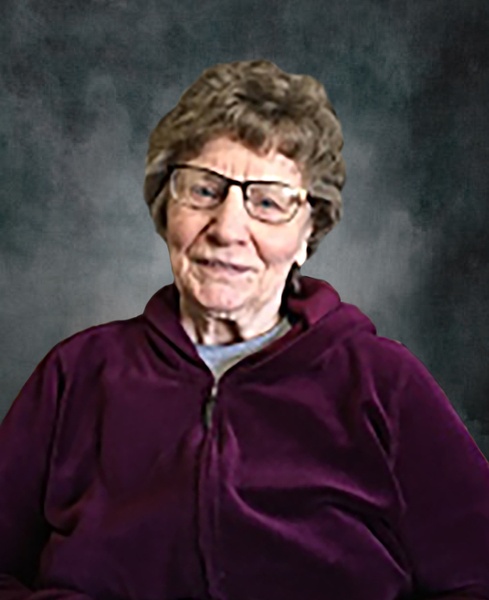 A Celebration of Life service will be held on Monday, June 15, 2020 at 1:00 PM at Weigel Funeral Home, Mandan. Burial will take place immediately following at the North Dakota Veteran’s Cemetery, Mandan, ND.

The eldest child of Dorothy and Iver Martin, Lillian was born in Glasgow, MT on December 13, 1934. Her childhood was spent on the family farm at Tampico that had been homesteaded by her grandparents and this heritage was very dear to her.

Her early education was at the nearby Tampico rural school (on part of the original homestead). She graduated from Glasgow High School in 1952. She attended trade school in Omaha and worked for Northwest Airlines in St. Paul for a bit.

Lillian married John Tischmak in Glasgow on February 12, 1955. Their early life together involved construction work in the rural telephone program. They would move from site to site in the northern plains with a small mobile home towed by the family sedan, soon with several young children also in tow. The itinerant life eventually ended, first at the Martin family farm for several years before settling firmly at Reserve, MT in 1966. With the eight children, the family constituted a big chunk of Reserve’s population! She relocated to Culbertson in 2000 after John passed to be closer to family.

Lillian was incredibly proud of her children, grandchildren and great-grandchildren. She never missed an opportunity to tell others where they were and what they were doing. Lillian was happiest when the family got together and shared pictures and stories about relatives and genealogy. Education was very important to Lillian and John so they made sure their children were supported in their college goals and into their chosen careers.

Lillian loved to read and dance, especially square dance. She had quite the array of square dance outfits and slippers. She would break out the accordion and play on special occasions.

Lillian was firmly anchored in northeast Montana and loved farm life. She was an active member of many community and youth organizations, including the Waukea Club, the VFW Auxiliary, Farmers Union and St. Anthony Parish. She was a 4-H leader for more than 30 years and took pride in teaching her children and community kids sewing, gardening, baking, cooking and canning skills. She was especially proud of the Centennial Farm & Ranch Award presented by Farmers Union to the Martin family for 100 years of family farm ownership. She was an avid seamstress and family genealogist.

Later in life, Lillian’s health prevented her from living comfortably at home. She spent her days watching news on TV, reading the newspaper headlines, and sharing time with friends in a beautiful group home in Billings. The staff wondered if she had been in the military because she was always ordering them around. We always said no, she had eight kids in nine years and that was her attempt at keeping control.

Lillian was preceded in death by her husband, John; her parents; and two brothers, Lee (Ruth) and Larry Martin.

To order memorial trees or send flowers to the family in memory of Lillian Tischmak, please visit our flower store.