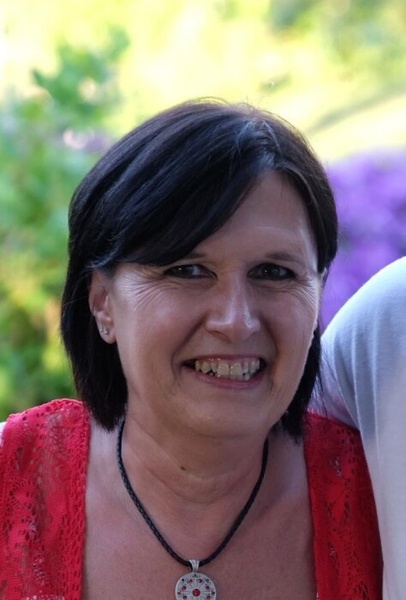 Laurie Ann Bender, 59, Mandan, passed away peacefully with her family by her side on May 31st, 2022 at CHI St. Alexius Health, after a 16 year fight with cancer. A memorial service will be held at 10:30 AM Saturday, June 4th at Weigel Funeral home.

Laurie was born on Dec. 11th, 1962 to John and Grace (Wenger) Markel in Mandan. Laurie grew up in Mandan and graduated from Mandan High School in 1981. On June 19th, 1981 Laurie was united in marriage to Dave Bender. Though their relationship turned out to be less permanent they were blessed with three children- Cindy, Lexy, and Isaiah. Laurie later went on to spend the rest of her time with the love of her life, Leon Wald. Laurie spent the last 8 years working at the Mandan Dairy Queen as a cake decorator - and always added a special message when decorating cakes for family.

Laurie enjoyed camping and fishing-her favorite thing was to out fish her big brothers. Laurie and Leon spent many date nights at the races together where they first met. She loved to listen and dance to Leon’s band, Stealin’ Country. She always looked forward to her yearly family trip to Leech Lake, and time spent going to the casino. She adored her 8 great nephews and nieces Drew, Liam, Parker, Benson, Wilder, Tatum, Caysen, and Gracie whom she treated like her own grandchildren.

She was preceded in death by her parents John and Grace, Joe and Adline Wald, her best friend and sister Nancy Miller, and niece Jerilyn Grace Markel.

In lieu of flowers the family requests memorials be made.

To order memorial trees or send flowers to the family in memory of Laurie Bender, please visit our flower store.