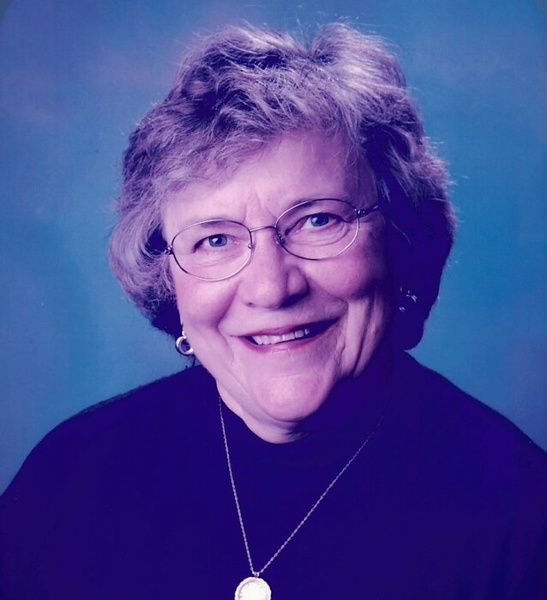 A Mass of Christian Burial will be held 10:30 AM Tuesday, July 27th at Christ the King Catholic Church in Mandan with Fr. Ken Phillips as celebrant and Fr. Fred Harvey and Fr. Nick Schneider as concelebrants.  Burial will follow at the North Dakota Veterans Cemetery.

Laurel was born November 30, 1932 in Mandan, ND to Charles & Estella (Schmidt) Suchy.  She attended Little Heart School #2, a rural one room school for 8 years and then attended and graduated from Mandan High School in 1950.  She continued her education at the St. Alexius School of Nursing graduating in 1953.  In April 1954, Laurel married Larry Sullivan in Mandan.  She began her employment of 57 years at St. Alexius Hospital immediately after her graduation as a Registered Nurse.  She was employed in several positions but her favorite was as Director of Medical Floor.  She retired in 1988 but three weeks later returned on a part-time basis as night supervisor and remained in that capacity until June 2010.  She laughingly remarked it was easy to retire as she did it at least 5 times.  Laurel was extremely dedicated to her profession and the always changing world of health care.  She often remarked that she never worked a shift that she didn’t learn something.  In 2004, she was awarded the St. Alexius Higher Standard Award and in 2006 was the recipient of the first annual Florence Nightingale Award.  Her loved of sewing and quilting led her to accept a part-time position at Hancock Fabrics during her retirement years, a position she thoroughly enjoyed for 10 years.  Gardening was another love for Laurel, as she called it “playing in the dirt”.  Throughout her lifetime her deep Catholic faith enabled her to maintain a very positive outlook of life.  After her retirement, she was never too busy to volunteer at the Christ the King Church.  Laurel was an active member of the church and Catholic Daughters.  She was also a member of Chapter AK of P.E.O. and the Retired Nurses Association.

She was preceded in death by her parents, husband Larry, one son Tom, one grandson Mackintyre Kary, and brother-in-law Patrick Schleicher.

To order memorial trees or send flowers to the family in memory of Laurel Sullivan, please visit our flower store.