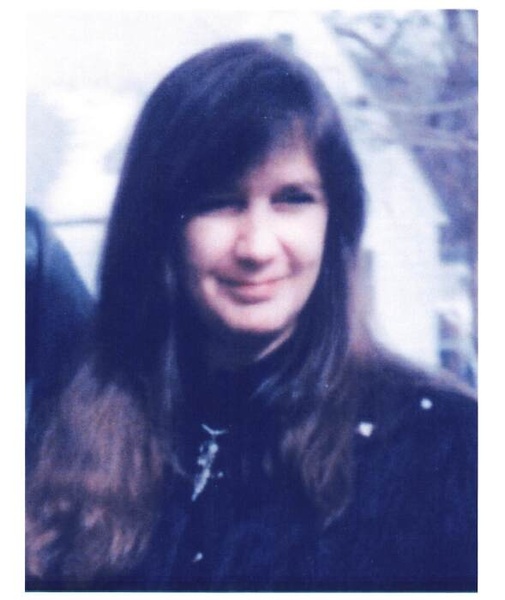 Joyce Hone, 69, of Bismarck earned her wings as the true angel she was on March 10, 2021, after a long, hard fought battle with cancer.

A Mass of Christian Burial will be held at 11:30 AM on Wednesday, March 17, 2021, at the Church of Ascension, Bismarck, ND with Msgr. Jim Braaten as celebrant. Burial will be at the North Dakota Veterans Cemetery, Mandan.

Visitation will be held Tuesday, March 16, 2021, from 5:00-7:00 PM at Weigel Funeral Home, Mandan, with a Rosary/Parish Vigil at 7:00 PM. Visitation will continue at the church one hour prior to the service on Wednesday.

Joyce was born to Rosemary and Anton Frohlich on November 23, 1951, making her birthstone the topaz. She really wasn’t fond of topaz until learning they came in other colors besides yellow (she really didn’t like the yellow color unless there was a lot of black with it).

She married Jerome (Jerry) Hone on December 28, 1979, and they renewed their vows again in August 1992 at St. Vincent’s church. Together they raised their two children Stacey and Bradley. Joyce was a hard worker and spent 25 years working at Payless and then at Garske Produce until 2018.

Joyce enjoyed camping with family, spending time with her siblings, nieces and nephews at the family farm. She loved to go horseback riding, playing hide and seek, or just going there to enjoy the peace of the country and her Mom’s German cooking. Holiday get-togethers at the farm were her favorite. She was not always the first to arrive, but always tried to be the last one to leave.

Joyce liked to read books. In her younger years you could always find a romance novel sitting beside her chair. Later she became more interested in military biographies and political books. She had a special love for all her “bling.” She always said she was like a magpie in that way, her eyes always went to the shiny things. She liked to do crafts such as making fishing lures and earrings. She liked to show off her creations by saying “look at my earrings” and wiggling them back and forth for emphasis.

Joyce was quite good at knitting and made several blankets for her family. She didn’t do any fancy stiches though and often wished she could learn to crochet, but didn’t think she would have the patience. She was a patient teacher, though, as she taught her daughter-in-law, Kristi, to knit a few years ago.

Joyce and Jerry liked to travel, especially to see family in Montana. It was the highlight of every summer. Joyce and her children were very close and she enjoyed spending time with them whether together or on the phone. She had many long conversations on the phone that weren’t intended starting out, but always seemed to continue when a new thought popped up. Brad called it being ‘mommed’ on the phone and she thought it was pretty funny and did it all the time. She liked spending time with her children so much that even if it was something she didn’t think she would like, she would do it anyway. She attended several rock concerts with Stacey.

When her kids were growing up, she also liked to make crazy or fancy birthday cakes for them. She always made sure there was an angel food cake and that friends were invited over to celebrate. She made sure to have a video camera around to record all of the fun times. There are many home movies thanks to her, and she liked making them, even though she would grumble that she wished someone else would run the camera.

Joyce was especially close to her sister Peggy. She always said she’d never have done half the things she was able to do had it not been for Peggy pushing her. Joyce and Peggy’s children are as close as if they are siblings. They all spent so much time together and Joyce treated her nieces like they were her daughters. Joyce overcame a lot in her life. The first a major battle with breast cancer in 1987. She was a very proud survivor. Over the years, new health issues would appear and she fought them all. Despite all she would go through, she always stayed positive for

her family and always had hope.

Joyce wanted more than anything to be a Grandma. Her son Brad and his wife Kristi, were making that dream come true with her twin grandchildren due this April. Stories and memories about Grandma Joyce will fill the years as they grow up missing one of the strongest, funny, and loving women.

Even though Joyce could be so stubborn sometimes, she was also very loving and funny. Many stories of her mis-hearing things or muddling details of something to unintended comedic effect exist.

Joyce will be greatly missed by all her family and friends. She is survived by her Husband, Jerry Hone; mother, Rosemary Frohlich; daughter, Stacey (Steve) Fox; son, Brad (Kristi) Hone and their twins due in April; sisters, Peggy (Vern) Hertz, Donna (Joe) Bauer and Carol Wald; brothers, Bob Frohlich and Terry (Pat) Frohlich; and many wonderful nieces, nephews, great-nieces, and great-nephews.

The family would also like to thank her oncologist, Dr. Luebke, and his nurse, Allie, whom she adored. They did everything they could to help her fight this battle like the warrior she didn’t realize she was. Because of them, we got a few more years of memories. Though she wasn’t ready, her wings were, and we had to let her go and say until we meet again.

To order memorial trees or send flowers to the family in memory of Joyce Hone, please visit our flower store.