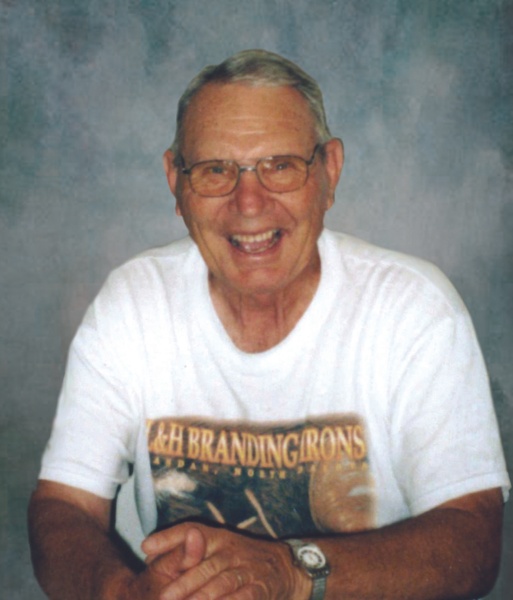 A Funeral Service will be held at 2:00 PM on Thursday, January 30, 2020 at First Lutheran Church, Mandan, ND with Rev. Gene Anderson officiating. Burial will be at held at St. John’s Cemetery.

John was born on September 29, 1932 to Joseph and Alma (Perterla) Sterna in Littleheart, ND.  He was raised and educated in Mandan, ND.  He met the love of his life, Joan Taghon while working at the Blue Ribbon Hatchery; they were united in marriage on August 5, 1961.  Most of his years he worked at Baukol-Noonan where he was the manager.

During WWII he and his brothers broke the horses that were used to fight in the war.  John also took pride in raising greyhound dogs that he trained to hunt coyotes and racing.  After retirement John’s Fridays were spent enjoying coffee and conversation with his friends at McDonalds; and several afternoons he enjoyed picking up his grandchildren after school and treating them to M & H hotdogs and Mt. Dew.  He also enjoyed tending to his garden.  There was never a hockey game or activity that grandpa missed.  His grandchildren were his pride and joy and even when his Alzheimer’s was at its worst, his eyes would always light up when they entered the room.

The family would like to thank the Sunset Highland Memory Care Unit staff for their love and care they gave John.

In lieu of flowers, memorials may be made to the Alzheimer’s Foundation in Memory of John.

To order memorial trees or send flowers to the family in memory of John Sterna, please visit our flower store.