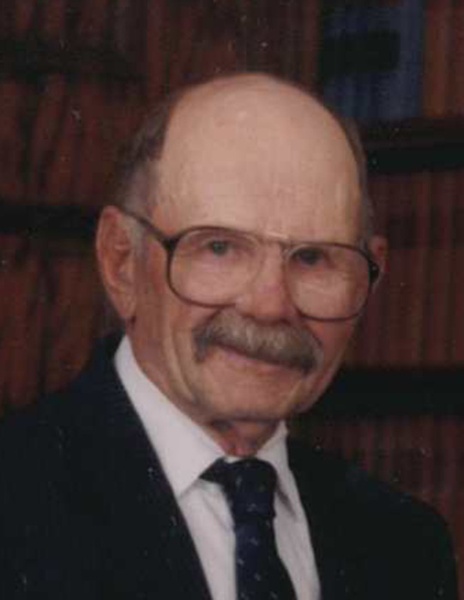 Mass of Christian Burial will be held at 10:30 am on Friday, February 23, 2018 at Spirit of Life Catholic Church, Mandan, ND with Msgr. Chad Gion as celebrant. Burial will be at Mandan Union Cemetery following the service.

Visitation will be held Thursday, February 22, 2018 from 5:00-8:00 pm at Weigel Funeral Home, with a Rosary/Parish Vigil at 7:00 pm. Visitation will continue at the church one hour prior to the service on Friday.

John was born December 16, 1922 and raised on the homestead southwest of Huff.  He farmed with his dad for 10 years.  He married Elsie Charvat on November 12, 1946.  They lived and loved each other for many years and raised 12 children.  They farmed from 1946 to 1973 in Huff and Almont the 99  sold the farm and moved to Mandan. There a beautiful house was bought and the last of 6 children were raised.  He worked for Hopfauf Building contractor, then went to work for Ft. Lincoln State Park for 3 years and for Cloverdale Foods for 7 ½ years.  John and Elsie sold the house in Mandan and bought river front property south of Washburn where they caught lots of fish, had a garden, and raised chickens, turkeys, and geese. John also found time to work for the Scotwood Motel and Washburn School District as a maintenance man.  He then started a saw sharpening business and started in woodcrafts, building teddy bear chairs, cut out several animals from wood and had the grandchildren assisting him in cutting and painting the cut out animals.  He also made several rocking chairs for the grandchildren and great-grandchildren.  John and Elsie  sold the river front property and moved to Center where he worked as a maintenance man for the City of Center for 10 years and then moved back to Mandan, buying a trailer home with a big yard and garden.  John continued in saw sharpening until 2011 when his vision started to fail.

John wished to thank all his boys and girls for being there for him when he needed them.  He also wanted to thank his daughters-in-law and sons-in-law for all their help too.

To order memorial trees or send flowers to the family in memory of John Neibauer, please visit our flower store.