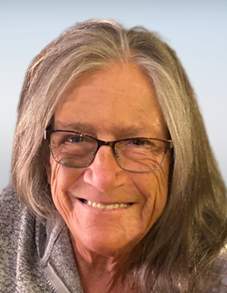 Joann (Heinrich) Peltier, 72, passed away peacefully on the morning of Friday, August 5, 2022.  A close family and friends memorial service will be held at Weigel Funeral Home at 10:30 am, Friday, August 26.

Joann’s life started on a hot summer day, the morning of Sunday, July 2, 1950, in Mandan, ND. Joann was always a happy child who proudly became the Angus Princess for Morton County as an adolescent.  Joann enjoyed doing artwork, crafting, gardening, collecting knick-knacks, and baking and cooking for those she loved.  Joann was also very thoughtful with sending birthday and holiday cards to her loved ones.

Although Joann ventured into local communities like Devils Lake and Minot, she lived for over 40 years in Mandan and liked to refer to herself as the “Uptown Girl,” loving to tell adventuring stories that were happening in town. Joann was a true Dakotan and was proud of her German/Russian family heritage as well as all her families’ accomplishments.

Joann’s life was full and colorful. Central were her son Juan and her mother Bertha who she would call multiple times a day. Joann had many close friends, including a caring group of people she embraced as her work-family. Work was key to Joann, taking her jobs seriously with pride and enjoyed being part of a team.  Joann’s longest stints were at Kroll’s Kitchen, Ressler Chevrolet, Seven Seas Inn (Baymont) and then retired from Rolling Hills Restaurant.

To order memorial trees or send flowers to the family in memory of Joann Peltier, please visit our flower store.