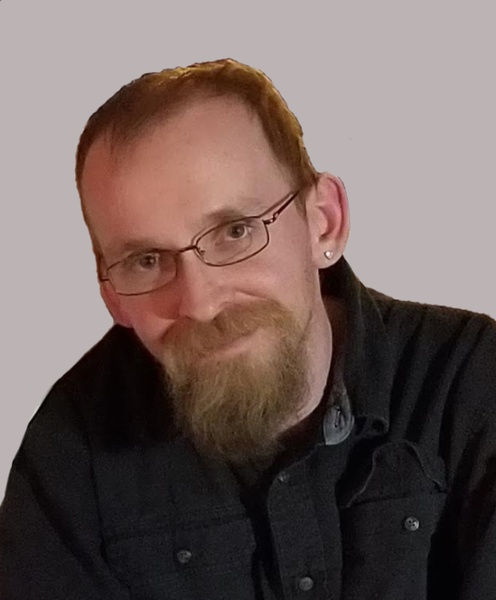 A Funeral Service will be held at 10:00 AM on Monday, January 25, 2021, at Weigel Funeral Home with Dennis Sailer as celebrant. Burial to follow at Mandan Union Cemetery.

All attendees are asked to wear a mask and follow all social distancing guidelines. Due to current COVID-19 guidelines, there is a limit of people allowed in the Funeral Chapel of 50 people.

Live streaming of the service will be available on the Weigel Funeral Home website on Jesse’s obituary page.

Jesse was born in Breckenridge Minnesota on September 15, 1987. He was fun, loving, and enjoyed joking around with his friends and family. Jesse joined our family, along with his sister, at the age of three. He attended schools in the Mandan area and Minot. He worked at several restaurants and stores in the area until his illnesses disabled him.

In high school, Jess had a love for acting and did well in the class play. Another endeavor he took on was setting up a card game to set the Guinness Book of World Record for the most players in a game. Although he didn’t break the record, we were proud of the effort to organize it. Jess liked to dress in black and wore his black leather jacket trench coat and black fedora hat wherever he went. We would joke with him that he dressed like Johnny Cash. He enjoyed Frank Sinatra music and when we would go on trips to Fargo to see his doctors, he would play oldies on the Bluetooth.

Jess has battled with progressive MS and Epilepsy for the last decade and saw a lot of doctors and nurses during that time. They knew him by first name and enjoyed his sense of humor when he would be amongst them. Although he suffered from these diseases, he kept an optimistic attitude that some cure might be on the horizon.

During the last year, Jess had been living at Library Square in Mandan and made a lot of friends with the older generation that live there. They enjoyed his sense of humor, attitude, and having him there.

Jess was preceded in death by his adoptive sister, Jessica; and two sets of grandparents.

To order memorial trees or send flowers to the family in memory of Jesse Leingang, please visit our flower store.