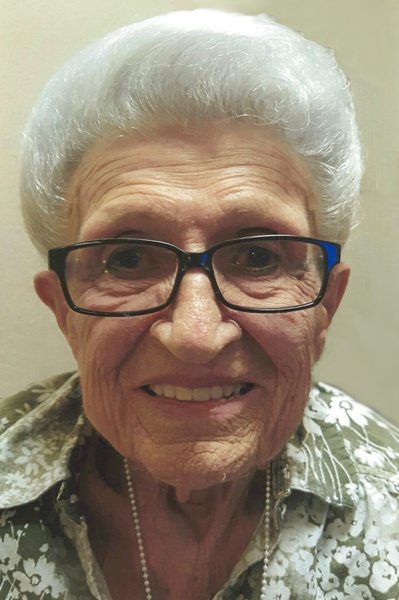 A funeral vigil service will be held 7:00 p.m. on Thursday, November 8, 2018 at Weigel Funeral Home, Mandan, ND. Graveside services will be on Friday, November 9 at 9:30 a.m. at Mandan Union Cemetery.

Jeanette was born in Fallon, North Dakota on August 23, 1921 to Frank and Florence Messer. Jeanette married Steven “Stevie” Bernhardt August 29, 1939 in Fallon, ND.  Upon Stevie’s passing, she moved to California in 1956.

Jeanette worked at Hughes Aircraft for 4 years. In 1960 she purchased a cocktail lounge called the 844 Club until selling it in 1970. In 1971 she purchased the Rogue River Lodge in Medford, OR until selling it in 1976. She married Wesley Wehmeyer in 1976 and retired in Sacramento, CA.  Wes passed away in 1984. For the next 6 years, Jeanette volunteered for the Senior Citizens; she drove the bus to transport them and also delivered them their meals. In 2001, she married Colonel Stanley Pfau and he passed away in 2002. She then moved to Las Vegas.

Please go to our online guestbook to share memories with the family.

To order memorial trees or send flowers to the family in memory of Jeanette Bernhardt, please visit our flower store.
Open