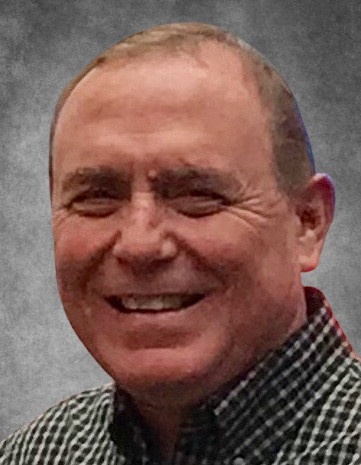 A Funeral Service will be held at 11:00 AM on Monday, May 9, 2022, at the First Presbyterian Church of Mandan, Mandan, ND with Pastor Deanna Reikow as officiant. Burial be at the North Dakota Veterans Cemetery.

James (Jim) was born in Bismarck, North Dakota on September 19, 1958 to Henry and Rosella (Heck) Muhlhauser.  He would spend the first nine years in Bismarck, until moving to Mandan, where he would “tear up the town” as young boys do. He would remain there until his graduation in 1976 from Mandan Senior High.

Extremely patriotic, Jim chose to serve his country and joined the Navy working on nuclear submarines.   He would travel all over the world while stationed in West Virginia, Hawaii and Washington as a Missile and Missile Checkout Technician. During his time in the Navy, Jim would serve on the USS George Washington, USS Nevada and USS Ohio. Shore duties had him working as an instructor and supporting a high-ranking officer. After nearly twenty years in the Navy, achieving the rank of Senior Chief, he decided to hang up his sea legs and honorably retire. A new career awaited him.

The next chapter for Jim would find him spending just shy of twenty-five years with the Burlington Northern Santa Fe Railroad (BNSF).  His career with BNSF began in Wyoming but would eventually bring him to Colorado where he worked in the Signal department, first as a signal maintainer then retiring as a signal inspector. During his tenure with the BNSF James would take on additional service as the Local President and Local Chairman for the BNSF Union. He was very proud of defending his fellow union brethren and extremely good at “wearing out” management.

During these years Jim would enjoy sports, travel, family and friends. He enjoyed college basketball (Duke) and professional football, first the Redskins then the Broncos. He enjoyed telling stories and laughing while regaling folks with tales of his childhood, his time in military and with the railroad. Every year he would travel to North Dakota over the 4th of July to enjoy time with family, especially with his mother whom he was very close.  Jim was truly a family man. He loved his children tremendously, spending as much time as possibility with them going to school activities, Waterworld, Elitches, Art in the Park and the 4th of July parades. While with his children, he especially valued the laughter generated during the various water actives and the morning games of Uno. Having lived together for many years, Jim and Wade, his close friend and brother, would spend many hours enjoying life and solving the world’s problems.

Later in life he would find the love of his life, Dawn. They had so much in common and lived a lot of life in the time they had. It was a cherished love full of all the things they enjoyed which including a hot air balloon ride, snow mobilling, water skiing, white water rafting, concerts/festivals, sporting events and travel. He especially enjoyed trips to Mexico and time spent swimming in the cenote (underground water pools).

As many know, Jim was a strong and determined man. He brought that strength to his battle with brain cancer. Upon finding out he had Glioblastoma he immediately choose to do whatever it took to beat it down. His strength (determination) would continue for almost twenty-three months (beating the prognosis of two weeks to two months if he did nothing) until his battle would finally end. He was surrounded by family as he passed on, taking his final earthly journey knowing his mother, father and sister were already there waiting for him.

Jim was preceded in death and has been reunited with his parents Henry August Muhlhauser (2012) and Rosella Marie (Heck) White (2021), his sister Gwen Muhlhauser (2013), along with uncles and cousins.

To order memorial trees or send flowers to the family in memory of James "Jim" Muhlhauser, please visit our flower store.