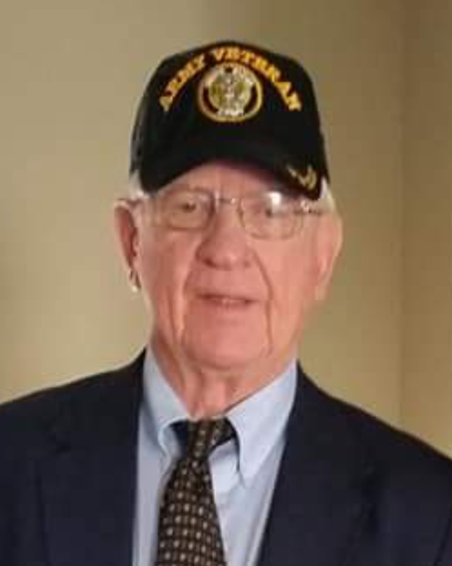 Burial will take place at 2:00 PM at the North Dakota Veterans Cemetery.

James was born on January 21, 1941, to George and Emma (Wutzke) Munns in Minot, ND. He was raised in Benedict, ND and attended high school in Max, ND, graduating in 1959. After high school, James served in the Army from July 10, 1959 to July 2, 1962 in Okinawa, Japan. He was a proud veteran and forever and always a patriot of the United States.

After being discharged from the Army, James trained at the Minneapolis Computer Technical School. James was “Mr. Fix-It” and had a talent for technology and building. He had the ability to build radios, guitars, and amplifiers from scratch.

On June 30, 1968, James married the love of his life, Alice Marie Jungling, in Max, ND. They moved to Mandan shortly after and together raised their three children, Ross, Kevin, and Angela. James worked for Hobbs Incorporated for many years until his retirement in 2014.

James had numerous hobbies. He enjoyed operating remote airplanes and drones, playing guitar and steel guitar, and being part of the HAM Radio Club. He was also a man of faith who loved gospel music and was a member of First Lutheran Church. Out of all the things James had a knack for, his most loved hobby of them all was spending time with his grandchildren. James loved attending all of his grandchildren’s activities and never missed a sports game or music concert. He was a loving father and grandfather.

He was preceded in death by his parents, George and Emma Munns; brother, Walter Reule; sister-in-law, Shirley Reule; and infant sister.

To order memorial trees or send flowers to the family in memory of James Munns, please visit our flower store.