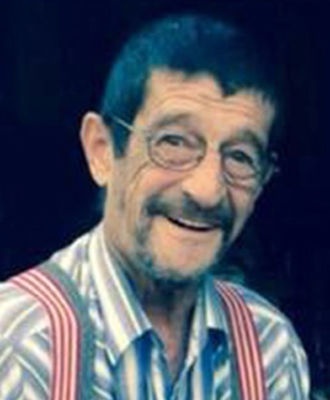 Jim was born July 30, 1944, to Jacob and Alvina (Beck) Huber, the youngest of six children. Jim was raised near Temvik, on the family farm, graduating from Linton High School. After graduation, he moved to Minneapolis as a journeyman lineman. Jim married Clara Eva Schwab on July 1, 1967, in Strasburg. To this union, two daughters were born, ShaRee (1968) and Shannon (1969). In 1969, as career opportunities occurred in Jim’s work, they moved to Minneapolis and then to Loves Park, Ill. In 1978, they returned to North Dakota, making their home in Mandan, where he resided until his death. Jim operated his own excavating business for several years and worked as a welder in Linton and Mandan.

Jim was generous with his time and talents and enjoyed passing them along to others. He worked diligently to do things right the first time, in a timely manner because he was a strong believer that you had to “get ‘er done.” Company was always welcome to help complete these tasks, but Jim made sure to call them a “blister” if they showed up late or when the work was done. His mantra was that, “you have to learn to listen, but you have to listen to learn.”

For the past six years, Jim continued to maintain a vegetable garden in memory of his wife, Clara. The pride of gardening and canning veggies was shared with family and friends, and his greatest joy was passing these skills on to others. His daughter Shannon and granddaughter Brandi were his star pupils to which he shared his secret canning recipes and delegated tasks such as cleaning jars, planting the garden, and picking weeds. Guests were always welcomed, giving Jim an opportunity to share his canned creations, notably his horseradish, salsa, tomato jelly, and pickled creations such as pickles, carrots, watermelon, and beets. His homemade concoctions gained so much popularity that he started to take orders, and happily sent company home with his goodies on the condition that they returned the jar clean. He also made a variety of home-made wines and “hooch”, often asking guests if they wanted to “take a snort.”

Jim was a master of many trades, able to fix or weld anything. He was a character with a sharp sense of wit—Clara often joked that he had a good sense of “Huber.” He referred to himself as “The Fox” and made it clear that “no one could out-fox the fox,” giving them a wink and a riddle to ponder. Jim adored his grandchildren as much as they adored him, known to them as “The Fox” and “Papa Cool.” Jim was stubborn, ornery, and so hard-headed that once while welding a tower, he claimed to have fallen and cracked the pavement with his head, or so the story goes. He loved crossword puzzles, jigsaw puzzles, watching Jeopardy, and especially liked making trips to the casino. Jim enjoyed the past year operating and playing on his pay loader. He accomplished a variety of excavating projects at and near his family farm, and loved giving family and friends tours of the Huber land. Operating the pay loader and passing down Huber knowledge made him feel good and gave him something to look forward to. Despite his cancer diagnosis, Jim remained humble, determined, hard-working, loving, confident, and proud. Stubborn enough to prove many people and doctors wrong, the cancer never out-foxed him. Those who knew him best consider him a legend. Goodbyes are never easy, but as Jim would always say, “it’s not goodbye, it’s ‘see you later’.”

Services for Jim will be held at 10:30 a.m. Friday, Nov. 17, at Spirit of Life Catholic Church in Mandan. A gathering of family will be held from 3 to 5 p.m. Thursday, at Weigel Funeral Home in Mandan, inviting friends to attend from 5 to 8 p.m. Cremation has taken place.

To order memorial trees or send flowers to the family in memory of James Huber, please visit our flower store.