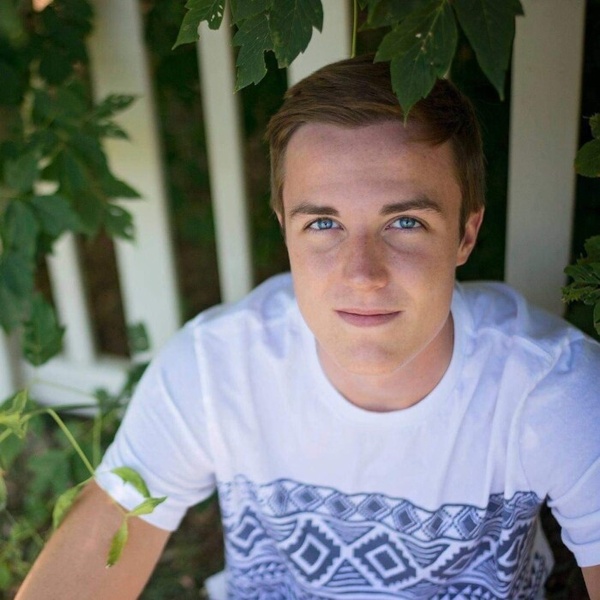 Funeral services will be held at 10:30 am on August 15th, 2020, at Engage Church, 4209 Old Red Trail, Mandan, ND, with Pastor Chip Garrison officiating.  Internment will occur at a later time.Visitation will be held Friday, August 14th, 2020 from 5:00 - 7:00 at Weigel Funeral Home, Mandan, preceded by a family vigil from 4:00 - 5:00.   The Funeral Service will be Live Streamed from the following webpage: https://www.engagechurch.net/livestream

Jake was born at MedCenter (now Sanford) Hospital in Bismarck, ND, on June 9, 1997.  From his earliest days with his family, he brought true laughter and innocent joy to their lives. His five older brothers and sisters doted over him and couldn't wait to see him, and to see what new adventure he was living (and they might get to be a part of) since the last time they were together.

He attended early elementary in Bismarck at St. Mary's and Cathedral, then moved to Mandan and attended Christ the King. He began his public school education at Mandan Middle School in eighth grade.  Jake graduated from Mandan High School, a part of the mighty Class of 2016, having touched many lives with his charisma, humor, and charm.

Jake was a sensitive, caring, funny, extremely intelligent person.  From the time he was a toddler, his gifts became evident.  He could watch a movie and assume the character with no effort at all, acting out the parts of the movie or tv show that touched some part of him.  As he grew, his talent for music started to emerge.  He had a beautiful voice.  Those who were fortunate enough to hear him sing knew this.  He also became a master of doing impersonations.  He could watch a movie and memorize lines instantly, coming back and mimicking the lines to a ‘T’. As time progressed, he became more and more a chameleon, able to change immediately depending on his environment.  He was a jokester who could fool many people when playing a joke on them.  He thrived on giving of himself to bring joy to others, helping when he could, and sometimes mad at himself when he couldn't.

Jake played many sports including soccer, baseball, football, and basketball. He also enjoyed swimming and time on the water with friends and family. He loved working out at the gym even after high school.  He received the Most Improved Player Award for Mandan High School Football in 2012.

Jake developed a special place in his heart for special needs individuals when he worked for KAYD.  He would talk about the gifts some of his clients had, impressing him with the fact that all people had value.  He also worked in the food industry, most recently at Stage Stop in Mandan, North Dakota.  He brought many smiles to many people there.

Our precious Jake.  We know Jesus loves you beyond measure.  You're home now.  Rejoice with your heavenly family. As a friend related, "Jake may not have always been there for himself; but he was always there for others."  So until we see you again...as you always used to say, "Love ya. Later.  Bye."  Peace.

To order memorial trees or send flowers to the family in memory of Jake Siirtola, please visit our flower store.