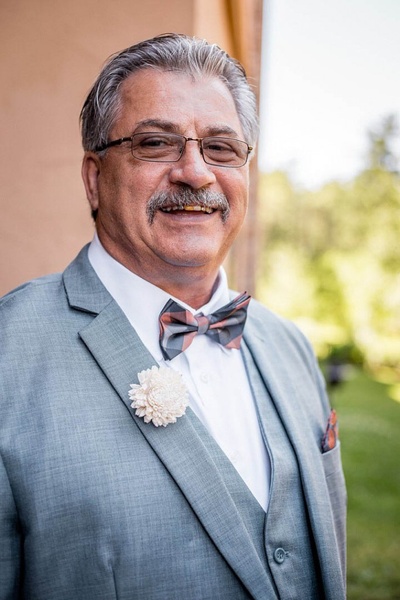 Jacob “Jake” Neigum, 63, of Bismarck, ND was called home on Saturday, July 29, 2017. He suffered a massive heart attack.
A Celebration of Life Service will be at 10:00 am Wednesday, August 2, 2017, at Corpus Christi Catholic Church, Bismarck, with Rev. Paul Becker as celebrant. Burial will be at St. Mary’s Cemetery.

Visitation will be held Tuesday, August 1, 2017 from 4:00 to 9:00 pm at Parkway Funeral Home, Bismarck, with a Rosary and Parish Vigil at 7:00 pm. Visitation will continue at the church one hour prior to the service on Wednesday.

He loved hunting, BS’ing with the best of them, having shots of red eye, but there was nothing that he loved more than his family. His passion for hunting lead him to Scheels Sports for 27 years, allowing him to make countless numbers of friends. He cared so much about his friends, that he could tell you everything about them. He retired in January 2017 and then took his entire family to Mexico to celebrate life.

He is preceded in death by his father, Peter Neigum; his father and mother-in-law, Peter and Margaret Marquart; brothers-in-law, Tim Steiner and Baltzer Fettig; sister-in-law, Theresa Marquart; and niece, Melanie Neigum.

In lieu of flowers, the family requests memorials may be made to the charity of your choice. Jacob's Memorial Folder
To order memorial trees or send flowers to the family in memory of Jacob Neigum, please visit our flower store.