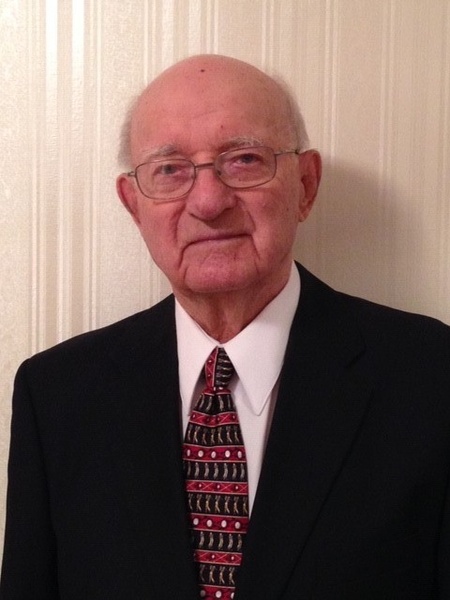 A private family Mass of Christian burial will be held 10:30 a.m. Monday, November 9 at Christ the King Catholic Church, Mandan with Rev. Fred Harvey as officiant. Burial will take place at the North Dakota Veterans Cemetery following the service.

Jack was born December 17, 1922, in Wilton, to Floyd and Mamie (Tosseth) Johnson. He attended school in Wilton graduating in 1940. Following graduation from high school he joined the Civilian Conservation Corp in 1941 and was located in Medicine Lake, Montana. Prompted by the bombing of Pearl Harbor, Jack joined the U. S. Navy Seabees in November 1942 and was initially stationed in Norfolk, Virginia. He spent 18 months in the New Hebrides Islands in the South Pacific before returning to the U.S for a brief stay. He then returned to military service and was stationed at Okinawa until the end of WWII. He was discharged in January 1946.

Jack married Genevieve Omafray on August 17, 1950. Together they had four children.

Jack was an outstanding athlete. He played in many state and national baseball tournaments with the N.D. Training School during 1946-47. He entered Minot State College in 1947 where he was a multi-sport athlete playing football, basketball, and semi-pro baseball.  Following graduation from Minot State College in 1950 he returned the N. D. Training School where he spent his career as a teacher, coach, and assistant superintendent until he retired in 1987. He loved to golf. He played in and won many golf tournaments, taking medalist honors one year at the North Dakota State Amateur Seniors Golf Tournament. In 1979 he was inducted into the N. D. Amateur Baseball Hall of Fame.

He was preceded in death by his parents; wife, Genevieve; brothers, Marvin, Willis, James; and sisters, Lucille and Maxine.

In lieu of flowers, memorials can be made to the North Dakota Veterans Cemetery or a charity of your choice in Jack’s memory.

Due to COVID-19 there will be a Celebration of Life for Jack and Genevieve for friends and family at a later date.

Special thank you to St. Alexius and St. Gabriel Staff for all the wonderful care of Jack.

To order memorial trees or send flowers to the family in memory of Jack Johnson, please visit our flower store.