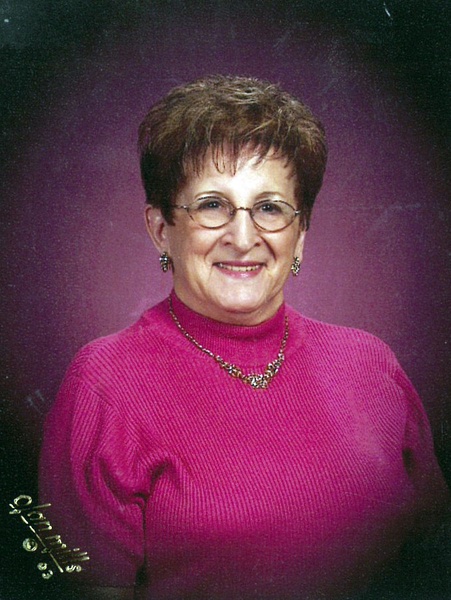 Mass of Christian Burial will be held at 10:30 am on Thursday, July 6, 2017 at St. Joseph Catholic Church, Mandan, ND with Rev. Shane Campbell as celebrant. Burial will be at North Dakota Veterans Cemetery.

Visitation will be held Wednesday, July 5, 2017 from 5:00-8:00 pm at Weigel Funeral Home, with a Rosary/Parish Vigil at 7:00 pm. Visitation will continue at the church one hour prior to the service on Thursday.

Irene was born on January 30, 1932, in a farm house-St. Anthony, ND to Mike and Eva (Bullinger) Wetsch. She attended school in one room country schools and at St. Anthony Catholic boarding school. She obtained her GED certificate after attending night classes at Mandan Sr. High, she also studied American Sign Language. Irene left the farm in 1950 to Mandan for employment. Her first job was a waitress at Nick’s Steak House then on to Taylor Drug, lunch counter at Red Owl and Hawley Cleaners. In later years, she did office work at Kist’s Livestock for 3 ½ years. Did various office work for Dakota Caulking, Inc. (family business) for over 20 years.

Irene married Francis Monzelowsky after his discharge from the US Army after the Korean Conflict on July 13, 1953 at St. Anthony. She was a stay at home mom and had many interest and hobbies such as sewing, crocheting, crewel embroidery, reading, puttering with garden, potted plants and yard work and feeding peanuts to the Blue Jays. Her most favorite hobby was being a Grandma to 13 fantastic grandchildren. Irene volunteered at meals on Wheels, church choir and various help for St. Joseph’s parish also Girl Scouts and Boy Scouts when the family was involved and volunteered at Medora, ND. Irene loved to travel and made numerous trips to Germany, Switzerland, Italy, Austria, Alaska and Hawaii and Disney World in 1972 with the whole family by car.

Irene was preceded in death by her parents, her husband, Francis who died on January 13, 1997; infant son, Curtis; grandson, Garrett who died November 22, 2004 and sister, Lorraine Wetsch. Irene's Memorial Folder
To order memorial trees or send flowers to the family in memory of Irene Monzelowsky, please visit our flower store.