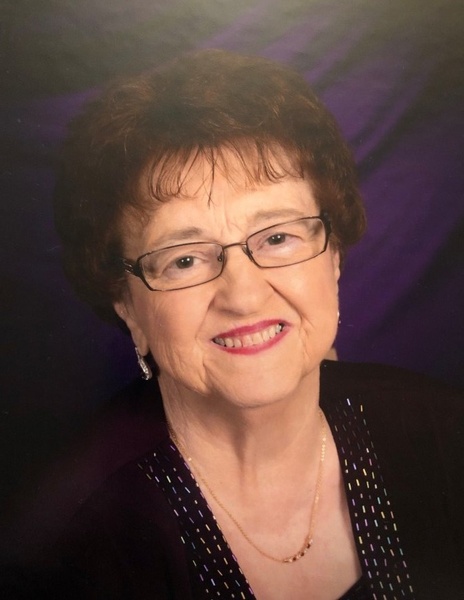 Hildegarde (Fleck) Morrell, 80, of Mandan, ND passed away on Thursday, November 21, 2019 at Sanford Health in Bismarck.

Visitation will be held from 2:00-6:00 p.m. on Sunday, November 24, at Weigel Funeral Home with a Rosary/Vigil Service at 4:00 p.m. Visitation will continue one hour prior to the service on Monday at the church.

Hildegarde was the seventh child born to Anton J. and Monica (Berger) Fleck on July 22, 1939 in rural Fallon, North Dakota. She was born on the farm, delivered by her grandmother Florentina who was a midwife. She attended St. Peter & Paul Catholic school in Fallon. She also attended Oak Coulee School and Mandan High School. Her Catholic faith was very strong. She collected many dolls. Her first language was German, and she learned English from a hired hand. On June 3, 1959, Hildegarde married Martin Morrell at St Peter & Paul Catholic Church in Fallon. Their first child was a baby girl, Colleen. After four short months Colleen died in Hildegarde’s arms while on the farm. She had 4 more children, two boys and two girls.

Hildegarde was a homemaker by trade. She did private housekeeping for many years. She enjoyed spending time with her family and friends; going for coffee at Fried’s Family Restaurant; going on cruises with Martin, Delvin, and Francine; making many trips to Laughlin, NV with her family and siblings. She also enjoyed collecting religious articles.

Please go to her Tribute Wall to leave condolences and share memories with her family.

To order memorial trees or send flowers to the family in memory of Hildegarde Morrell, please visit our flower store.