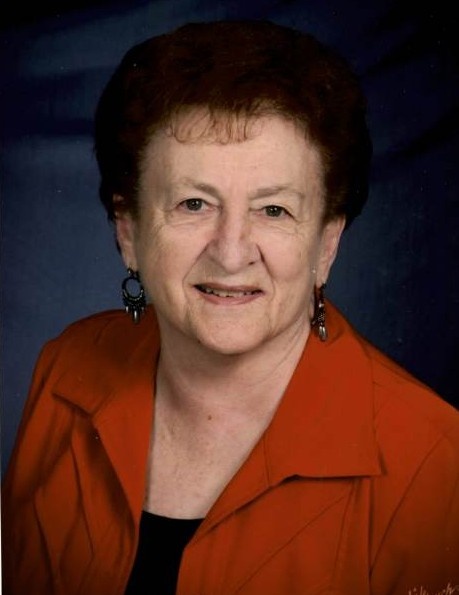 Hildegarde Fitterer, 81, of Mandan, formerly of Flasher, passed away January 11, 2020 at Edgewood in Mandan. She passed peacefully, surrounded by her family after a ten year battle with Alzheimer’s.

A Mass of Christian Burial will be held at 10:30 AM on Tuesday, January 14, 2020 at St. Joseph Catholic Church, Mandan, ND with Rev. Todd Kreitinger as celebrant. Burial will be at the North Dakota Veterans Cemetery.

Visitation will be held Monday, January 13, 2020 from 5:00-8:00 PM at Weigel Funeral Home, Mandan, with a Rosary/Parish Vigil at 7:00 PM. Visitation will continue at the church one hour prior to the service on Tuesday.

Hildegarde was born on May 6, 1938 to Christian and Marian (Vogel) Doll.  She was raised on the family farm east of Flasher, North Dakota. Hilda attended Fallon parochial and local country schools, graduating from Mandan High in 1956.  She married Raymond Fitterer on October 7, 1958 in Fallon.

After their marriage, they moved to Raleigh on January 1, 1960 when Ray became the Standard Oil agent at Raleigh.  In March 1965, Hilda became acting postmaster and later postal clerk for the Raleigh Post Office. She held that position for 10 years.

On May 17, 1974 they moved to Flasher.  Ray and Hilda started Fitterer Oil Co and later sold it to their son, Leland.  They were involved in the business for 40 years.   Ray and Hilda moved to Mandan in July of 1999. Throughout her years living in the Raleigh/Flasher area, she belonged to the Homemakers Club and Christian Mothers.  She was a great baker and shared her many treats within the community.  She was known throughout the area for her wonderful apple turnovers. She was tough as nails and had a very generous heart.  She was a great teacher of life to all of us. Her last few years taught us to live for the moment and in the moment, as that was all she was able to do.  And so, we met her there, and we discovered days of no stress, no worries, great conversation, great afternoons and really good jokes.  The goal every day was to fill it with joy and laughter.  Her favorite saying was, “Well, as long as we can laugh!”

In lieu of flowers the family asks that memorials be sent to the Alzheimer’s Association and/or the American Diabetes Association.

To order memorial trees or send flowers to the family in memory of Hildegarde Fitterer, please visit our flower store.